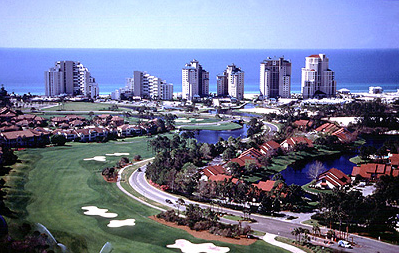 Panhandle communities are taking sides on the destination resort casino bill that would create three ‘super casinos’ in South Florida. Last week, the Sandestin Golf and Beach Resort Owners’ Association took a straw poll to gauge interest in the potential of gambling at the resort.

The debate continues as to whether destination resort casinos will help or hurt tourism and business in the area, but if the bill doesn’t pass through Tallahassee, it may not be an issue at all.

Sandestin Golf and Beach Resort owner Tom Becnel was exploring the idea of adding a casino to the resort if legislation passes. He has now decided against moving forward with the proposed project, after homeowners overwhelmingly voted against the idea.

The Sandestin Advisory Council poll results were 79% opposed to the potential project, 21% were in favor of it.

The results please Destin Area Chamber of Commerce members who have already drafted a proposed resolution against the legislation.

“I think in general, the Sandestin vote is reflective to what you hear across the community. I know the people we’ve talked to– both business owners and residents, as well as a lot of the elected officials are all opposed to the expansion of gambling. I think what you’re seeing is an overall reflection of the community” said Shane Moody, CEO of the Destin Area Chamber of Commerce.

But many, including a large number of residents at Sandestin, believe it’s still too early to make any decision. That includes Walton County Area Chamber of Commerce members, who are waiting to see what happens to the casino bill before considering any possibilities.

“As it moves further, if there’s something more to come to fruition, then we absolutely need to get on it” said Walton Chamber President Kitty Whitney.

The legislature began debating the bill on January 13th, but there hasn’t been much activity since.