The Repercussions of HB 56 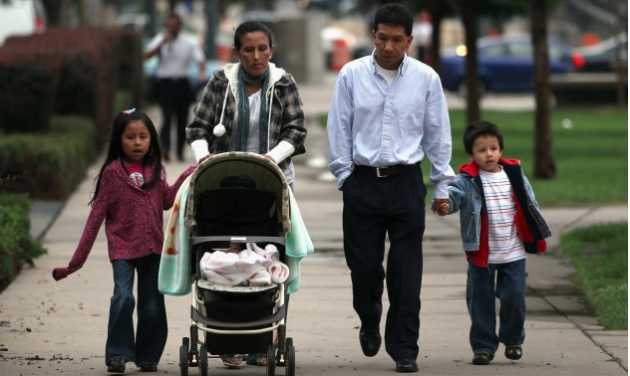 According to the Alabama Tourism Department, tourist and travel spending in Southwest Alabama totaled $3.2 billion in 2009, roughly one third of the state’s total tourism revenue.

Providing key support for this billion dollar industry are migrant workers who supply much of the labor for housekeeping, food service, laundry and other hospitality-related fields.

Larry Fidel, president of both the Alabama Hospitality Association and the Alabama Restaurant Association, expressed concern about what members of his two trade associations are telling him regarding the repercussions of HB 56, Alabama’s controversial new immigration bill that has become the law of the land in the “Heart of Dixie” state.

“What we’re finding from our lodging members is that the Hispanic families are very close knit and while most family members are able to work here lawfully, there may be others living in the same household who are not legal yet,” said Fidel. “In that kind of case, it may be the whole family who leaves the state. That’s what we’re hearing. There are cases where a company has good documented employees who are legal but they’ve left employment because they’re taking their family and going to another state.”

Fidel also said the same immigrant-departure phenomenon happening in the hospitality industries is happening in the restaurant industry and that smaller companies are having difficulty filling the abandoned positions and are having to scramble to find people to meet their workforce needs.

Hispanics constitute the largest immigrant segment in Alabama, with approximately 120,000 undocumented workers in the state, up from 25,000 10 years ago, according to the Pew Hispanic Center. (28)

The Alabama Hospitality Association and the Alabama Restaurant Association are two of 17 statewide associations in Alabama that are part of the Alabama Employers for Immigration Reform (ALEIR) network, a Montgomery-based statewide organization formed to advocate for the interests of business sectors that depend upon immigrant labor. “As part of this ALEIR coalition, we are trying to get certain provisions of the law looked at by this state legislature, particularly the ones that target and penalize businesses because we think that they’re very arbitrary and unclear,” explained Fidel. “According to the law, if you get caught twice they can revoke a business license. If you get caught a third time, they can revoke all your business licenses in the state. They’ll be putting people out of business and because of the structure of the law, an innocent employer who hired according to what he thought was within procedures can get stung and be put out of business. That’s part of the law that we’re trying to look at now.” (49)

Jay Reed, president of the Alabama Associated Builders & Contractors, is getting the same kind of feedback from his association members, more than 700 construction firms and subcontractors across the state. That fact is a big part of the reason he co-founded and still co-chairs ALEIR with Johnny Adams, executive director of the Alabama Poultry & Egg Association. Farming and other agricultural operations are another sector hard hit by Alabama’s new immigration laws.

“We’ve definitely seen, on the coastline area in particular, much of our legal Hispanic workforce leave,” said Reed. “Some we have tracked and found in Mississippi and in Florida. We were an industry already struggling with an aging workforce and then to take the Hispanic community that was willing to do this work out of the workforce has threatened the industry. Even in a struggling economy we are having a problem finding enough workers. As the economy comes back, that will be even more of a pressing issue. It leaves us now to ask ourselves where the next generation of workers will come from.”

Reed also worries, like Fidel, about the legal stipulations of the new law, particularly those that can put commercial enterprises out of business.

“For the construction industry, we’re quite concerned about the “three strikes, you’re out of business” provision,” Reed said. “In the current law, anyone who receives state funding or does business with the state is required to sign a sworn affidavit stating they don’t employ unauthorized workers. Many people are interpreting that to mean even entering into written agreements with immigrants, which would include condo rentals of course. The complexity of the affidavit language is troublesome. We hope those provisions will be reconsidered when the state legislature convenes in February and there has been discussion that those are two areas they do plan to revisit.”

Reed also makes the point that employers in Alabama’s construction industry generally strive to hire local but that there are often insufficient numbers of local applicants, even in a down economy, who are prepared to work as construction laborers.  Once all those have been hired, then construction companies start looking at immigrant labor, he said. (359)

Ron Kutter, president of Gulf Shores-based Kutter’s Grounds Maintenance, Inc., does landscaping for many condo property management companies in the Gulf Shores area, Meyer Real Estate and Brett/Robinson among them. He hasn’t lost any of his Hispanic workers but doesn’t like HB 56.

“The Hispanic section of my employees is only maybe 30 percent,” said Kutter. “They’re all legal and we do e-verify. But I don’t agree with the immigration laws. I don’t think that any migrant worker is taking jobs from Americans. You know, it’s the dirty jobs they do with a smile on their face. It’s hard to find a Baldwin County resident that will accept a jobs like these.”

All or part of the Alabama immigration law, commonly referred to in the press as “the harshest immigration law in the U.S.,” has been challenged repeatedly, though most of its provisions have thus far been upheld. Not so in the most recent legal ruling on this contentious issue, however. On November 23, a U.S. District Judge ordered the state of Alabama to stop denying manufactured home registration permits to people who couldn’t prove their U.S. citizenship. The common consensus of public opinion was, had that provision been enacted on the November 30 deadline as expected many Hispanics who lived in mobile homes (apparently a sizable number in Alabama) would have moved out of the state. As it has turned out, evidence suggests at least some of the immigrant population who had already left have returned since the ruling. (102)

An earlier U.S. Department of Justice (DOJ) federal lawsuit claiming the proposed Alabama law was unconstitutional largely failed, as did separate lawsuits challenging the law brought at the same time by church leaders and civil rights groups.  The DOJ subsequently filed an emergency appeal to the ruling against it but no appeals ruling has yet emerged. A group of 39 Democrats in the U.S. House of Representatives signed a friend of the court brief on November 21supporting the U.S. Department of Justice’s appeal. On the same day, the National Education Association, the Alabama Education Association and the National School Boards Association also filed a joint amicus brief challenging the law.

Meanwhile, some Alabama Republican senators have conceded there are problems with the legislation and they are reportedly working on a list of “fixes.” Republican Sen. Gerald Dial of Lineville was quoted in The Birmingham News to the effect that correcting the law’s “mistakes” won’t “…weaken the bill.”