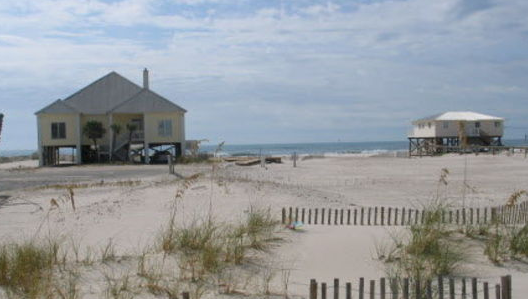 MOBILE, Ala.–Flood maps aren’t due out for Alabama until next December, but the specter of rising flood insurance premiums is undeniable.

Congress, seeking to undo the damage done to the National Flood Insurance Program after 2005, changed the policy to impose more stringent regulation on subsidies and second homes.

And those changes have painted a bull’s eye on the state’s two coastal counties.

The exact number of residents who may be affected among the 26,935 policies in Baldwin and 9,305 in Mobile, remains up in the air until neighborhoods adopt the new flood insurance rate maps needed as a part of changes to the program.

Officials with the Federal Emergency Management Agency, which runs the program, estimate about 2,063 in Mobile and 1,702 in Baldwin.

Number one on the list are second homes with subsidized premiums and older properties in areas where there has been “severe repetitive loss.” Premiums will rise as high as 25 percent every year until the property owner is paying the market rate for flood insurance.

Homeowners who have filed claims for past flood-related damage in excess of the market price of their home will fall into that pile, too. Before the changes to the program, rate hikes did not exceed 10 percent.

The changes, some say, may upend entire communities — especially people who planned to live out their retirement years on the beach.

“By changing the flood program they’ve set up a lot of people for failure,” Springer said.

A remedy for risk

In fact, for a long time, the now-beleaguered flood insurance program was a valuable subsidy for consumers and the government. For many years since it began in 1978, premiums outweighed claims.

Until hurricanes in 2004 and 2005 — the years of Katrina, Wilma and Ivan — forced the program about $16 billion in debt. Congress passed the Biggert-Waters Act to make the crippled program solvent again, imposing the “full risk” rate.

No place holds a more precarious spot on the shifting sands of the flood program than the town of Dauphin Island on the southern tip of Mobile County. The town of about 1,200 has received upward of $72 million from the program since its inception, FEMA statistics show.

Coastal research experts like Rob Young, director of the Program for the Study of Developed Shorelines at Western Carolina University, said over time the flood program began to work against other laws like the Coastal Barrier Resources Act, which was passed to discourage development on risky coastlines.

“Almost all of that property is investment property,” Young said, referring to the island. “The National Flood Insurance Program encourages people to live in areas where there is risk.”

The risk has increased over time, some say, by rising sea levels and more active storm seasons caused by global warming. But belief in that rationale is not necessary, Young said.

“The coast right now is not a free market,” Young said. “Because when a storm comes and tears out a road in Dauphin Island the federal government comes and rebuilds it.”

A battle in Congress

Lawmakers have taken notice, but the public outcry over the changes has been hard to quell.

The new flood insurance rate maps in Louisiana led to rancor in U.S. coastal cities there, and now there is a push from lawmakers to halt the coming changes Congress deemed necessary.

“Two years ago, the flood insurance program was $18 billion in the red; it is now $24 billion in debt and growing,” U.S. Sen. Richard Shelby said in a appropriations committee meeting Thursday.

“Delaying the implementation of risk-based premiums means, among other things, that participants in high-risk areas will continue to be subsidized and the program could slip further into debt.”

Staffers for Shelby, who is Republican, have held that his concern was to make the program solvent again and the rate hikes were a necessary means to that end.

“The flood insurance program is in $24 billion in debt. The bipartisan reform that passed last year seeks to ensure that the flood insurance program is there for homeowners who depend on it, and that it protects taxpayers, who back it. To accomplish those goals, rates paid must more closely align with the actual risk undertaken,” Shelby’s press secretary Jonathan Graffeo said in an email.

The amendment soared through the committee anyway Thursday. Passage still faces hurdles, though, meaning Alabama isn’t off the hook.

There is consensus among real estate and insurance agents that Investor-owned properties will take a possibly lethal blow. While only 1 percent of the single-family homes in Mobile County are seasonal, that number jumps to 16 percent in Baldwin County.

Taylor Norton, president of the Alabama Gulf Coast Association of Independent Insurance Agents, said that he doesn’t doubt that coastal communities have benefitted over time from the federal flood program.

“It’s bad for our area because we have a lot of secondary homeowners,” Norton said. “I think people are starting to catch up to the fact that there are changes coming down the pipeline.”

There are also worries that the changes may slow down the housing recovery, which in part, has been carried by investors who buy, renovate and rent homes.

Real estate agent Robin Linn, who is part owner and a broker for ACP Real Estate, Inc. on Dauphin Island, has said the shadow of higher premiums has not deterred many buyers yet, but that they have begun to ask more questions.

“We know that the changes are coming down but we don’t know the extent of it,” Linn said. “And it’s very hard to sell real estate when you don’t know what to tell your prospective buyer.”

A lot of your out-of-town buyers even when you talk about higher rates don’t seem to mind, Linn said.

She points to the relatively low property taxes in Alabama in comparison to a state like Texas where there is no state income tax and millage rates are a bit steeper because of it.

So the price of insurance, even with higher rates, on a modest vacation home on Dauphin Island is easily factored into the cost of buying, Linn said.

“They don’t even shrug at the increase.”