4 Steps To Resolve Disputes Out of Court 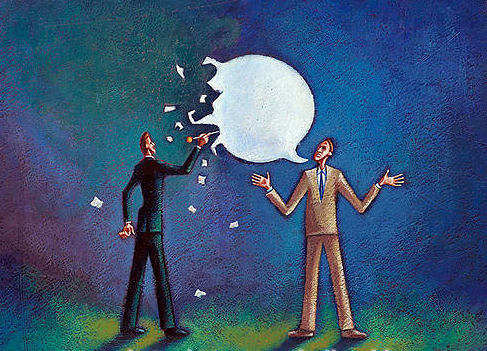 Condominium managers and board members will probably tell you that they would rather deal with large issues as opposed to the tiny, irksome events that occur on a daily basis.  Noise complaints are the most common, but there are plenty of equally devilish nuisances that slip and slide around, refusing to be caught: pet problems, unwelcome bicycle storage, garbage in the wrong spot, and a host of other house rule infractions that often cause more problems than imaginable.

Often, boards find that attempts to mediate a solution through civil discussion (and, failing that, gradually escalating threats) can resolve the dispute without a costly legal battle.

Before the manager or the board gets directly involved, the first step is to try and to get the owners to solve the problem amicably. Sometimes sitting down and simply discussing the effect the behavior is having on a neighbor or on the building can bring some enlightenment and move those involved to work it out.

Nip it in the bud. Boards often skip this first step, but frequently the problem can be tackled at the very beginning if the two sides can come together without too much inconvenience or pressure.

If the palaver between owners doesn’t pan out, the board can get formally involved as a third party by soliciting a written complaint from the offended party and issuing a letter to the offender asking that the problem to be remedied.

Cover your bases. The board should take steps to protect itself—first by having the complaint corroborated in writing by at least one other owner, and second by preparing for the inevitable backlash from the offender, who may become angry, intransigent, spiteful, and even menacing.

Step 3: A Fine Mess You’ve Gotten Yourself Into

When violators prove to be stubborn, boards often turn to fines to try to bring them in line. These are not generally very effective, though and tend to be capped at low amounts—and board members usually don’t relish the job of forcing their neighbors to pay up. That said, there are some tricks for giving the fines some teeth.

Return to sender. A more drastic wake-up call to an offending owner is to simply return their checks with a note explaining that they have forgotten to include the fine in their payment amount. It’s a move that shows your board means business.

Step 4: Bring the Hammer Down

In most cases, violators turn into repeat violators, and no amount of financial penalty or polite conversation will sway them. At that point, the board’s trump card is to threaten to place a lien on the violator’s property.

Money talks. A board shouldn’t make this threat idly, because it’s the final arrow in its quiver. But faced with the possibility owing scads of legal fees and being unable to sell the condo until the delinquent fines are paid, only the most bullheaded violators will refuse to compromise.

Above all, the board should know that ignoring the problem will rarely work. A board that’s assertive, decisive, and empathetic will be the most effective in resolving complaints between owners.

One Response to 4 Steps To Resolve Disputes Out of Court