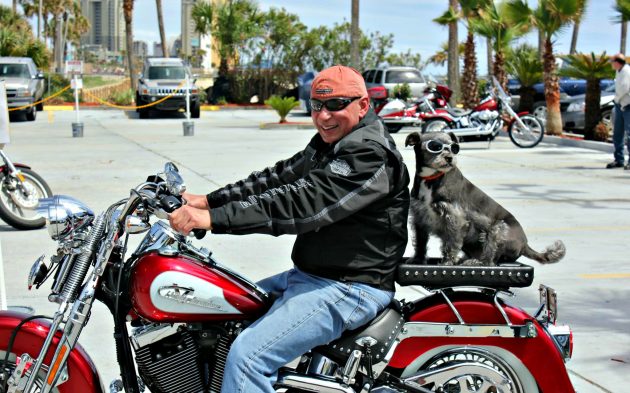 PANAMA CITY BEACH — Two weeks after Hurricane Michael, life is slowly returning to normal in the beachfront community, but one thing is gone for good: the 2018 fall tourism season.

Mayor Mike Thomas announced Thursday morning that city officials have opted to cancel three special tourism events that in a normal year attract tens of thousands of visitors to the beach. They are the 2018 Fall Thunder Beach motorcycle rally, which was to have begun on Wednesday and run through Sunday; the Ironman Florida sports competition slated for Nov. 3; and the Emerald Coast Cruisin’ antique car rally scheduled for Nov. 6-10.

“We are still not where we can have (special tourist) events yet,” Thomas told City Council members during the regular meeting at city hall. “The Beach still has too much going on” with storm recovery efforts.

The city plans to resume its fall/winter event schedule with the Beach Home for the Holidays event scheduled at Aaron Bessant Park over the Thanksgiving weekend, Thomas said.

On paper, the Beach tourism economy appears to be facing a major hit because of the canceled events. In 2017, four events that have been canceled — Oktoberfest, Thunder Beach, Ironman and Emerald Coast Cruisin’ — had a total economic impact of $17 million, said Richard Sanders, Tourist Development Council vice president for sports and special events.

For now, the loss of special event revenue to the local economy is being somewhat offset by the army of first responders who swarmed into the region following the hurricane. Many hotels and condominiums on the Beach remain booked solid with first responders and residents displaced by the storm. That situation could remain for several months to come, officials said. In addition, the traffic volume along Panama City Beach Parkway remains well above average with the daily flow of first responder vehicles and supplies passing through the city to the hard-hit areas of Panama City and eastern Bay County.

The financial impact on the Panama City Beach economy and municipal budget is expected to be high, but not unbearable, City Manager Mario Gisbert said. Emergency overtime for city workers during the two-week pay period spanning the storm spiked from $561,000 to $1 million, but the city has adequate reserves to cover the costs pending application to the Federal Emergency Management Agency for relief, said Debbie Ward, the city’s public information officer.