State Senate To Vote On Bill To Speed Process... Good News For HOAs 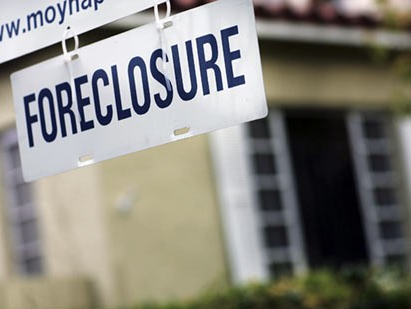 Florida lawmakers are close to passing a bill they say would hasten the foreclosure process while still giving homeowners a fair shake.

The bill, called the Florida Fair Foreclosure Act, overwhelmingly passed in the state House of Representatives last week. The Senate has until Friday to vote on the bill, which if passed will take effect in July.

It allows any lienholder, such as a homeowner association or condominium association, to ask to expedite the foreclosure process.

The lender that files a foreclosure lawsuit can sometimes take years to actually finish it, which costs homeowner and condo groups money as a vacant property sits in limbo.

The homeowner must respond within 20 days of being served or face an immediate foreclosure judgment.

The bill also reduces from five years to one the time a lender has to seek outstanding payments, or deficiency judgments, from foreclosed homeowners. This is geared toward homeowners who won’t have to wait five years while a bank decides whether to seek leftover debt from its sale of the home.

The bill could help clear some of the backlog, local legal experts say. But they also caution that the state’s process sometimes isn’t to blame. Lenders and their attorneys are often slow to act on foreclosures.

“I think it will have an impact on moving things more quickly, but exactly what that means I’m not sure,” said Chief Judge William Parsons of the 7th Judicial Ciruit Court in Daytona Beach. “Lawyers still manage the cases, and the banks have been very slow in moving cases through the system. And sometimes they move at an agonizingly slow pace.”

Florida is continually near the top in foreclosure rates; it takes about two years for the typical home to complete the process.

Stephen Braun, an attorney in DeLand, said he has “mixed emotions” about the bill. He represents homeowners and condo associations and clients who are losing their homes in foreclosures, two groups that have been pummeled by the housing crisis.

“HOAs (homeowner associations) and condo associations have been hit just about as hard as anybody else in this thing because they’re not getting revenues,” he said.

Consumer advocates have spoken out against the bill, though, because speeding up foreclosures could lead to more errors and fraud, which have long been an issue from overwhelmed banks. Vince Faulkner, an Ormond Beach resident who has scoured Volusia County foreclosure court records and found numerous errors, has signed a few online petitions protesting the bill.

“Really, all we’re doing is giving people more power to expeditiously file foreclosures and take away the power of the homeowner,” he said.

Faulkner has sent emails to his representative, state Rep. Fred Costello, R-Ormond Beach, a supporter of the bill, allaying his concerns. But Costello said if the bill becomes law it can halve the amount of time it takes to complete a foreclosure. “We ought to be able to cut it less than that,” Costello said. “It makes no sense to me if somebody’s behind 180 days and still living in the home.”

John Adams, general manager of Adams, Cameron & Co. Realtors in Daytona Beach, said the bill should help unopposed foreclosures — homes that have long been abandoned and have unattended weeds and grass.

And while the deficiency judgment switch is helpful to homeowners, the majority of distressed homes he has seen have not been subject to them.