Clearing Skies: An Improving Insurance Market On The Horizon 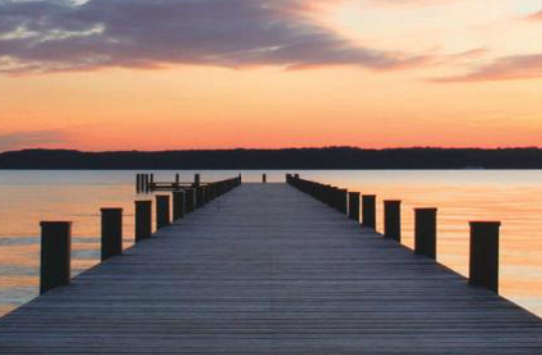 After a decade without a hurricane in the Gulf Coast area, the insurance market for condo associations is finally beginning to improve

The insurance available to condo owners in the Gulf Coast states after Hurricane Ivan and Hurricane Katrina was dismal. According to a 2013 report by The National Association of Insurance Commissioners that was based on 2011 rates, five of the six states with the highest homeowner insurance premiums in the nation were Gulf Coast states, including Florida and Alabama. Ivan, Ike, Katrina, et al. no doubt had much to do with making that so.

Homeowner/condo owner rates skyrocketed even higher than the relatively high mark they were already at following the big storms, and even finding a company that would offer homeowner insurance at all for the area was problematic. A lot of insurance carriers went bankrupt and/or bailed out of the Gulf Coast market in the unforgiving arithmetic of the storms’ aftermath.

“We’ve come so far since Hurricane Ivan,” noted Pensacola-based Lee Magaha, Vice President for Fisher Brown Insurance Inc. “The premiums the reinsurers charged for the properties were just horrendous. Due to reinsurers going out the window and the claims they had to pay, there was a direct relationship there.”

Hurricane Ivan slammed Florida and Alabama particularly hard in 2004. Katrina did its damage in three Gulf Coast states the next year.

“Things came back to a more manageable situation for insurers from a budget standpoint a few years back,” said Magaha. “It’s been very pleasant these last few years. We’ve been trending downward on the commercial property rates several years. This year, I’m very positive. I’m meeting with a lot of the condo boards and it’s very manageable this year on your commercial condo master property policies. Depending upon the new wind modeling that most of the carriers provide, rates are flat for older buildings with no upgrades to as much as 20 to 30 percent for what the premiums were last year for other properties. That’s very positive.”

Magaha, who handles a number of commercial condo associations, hotels and hospitality operations, added that his personalized insurance manager is telling him that there are more companies providing options for the condo unit owners, as well, and that the market can handle the multi-million-dollar catastrophic claims right now, should circumstances demand it.

Magaha does caution, however, that insurance for each condo property is based on a case-by-case basis, determined partly by wind models for every location and spreadsheets of pertinent information that include items like roof updates, code improvements and so on. He also noted the important role of an insurance consultant in helping a customer find the right coverage.

“There’s been a surge of more carriers coming back into the marketplace, but the buyer still needs to be aware and a good agent or risk-management consultant should advise a client accordingly on the strengths and weaknesses of particular insurance companies and specific policies,” said Magaha. “You pick your company but you also pick your agent to make sure you get those A-rated markets. They’re the ones that are going to be there after the storm.”

Magaha noted the beginnings of what seems like a resurgence in new condo development, pointing to a big new Gulf-front condo project on Perdido Key. The 64-unit Vista del Mar condominium development is being constructed on the same site as the original development of the same name that was rendered uninhabitable by Hurricane Ivan.

“We’ve turned the corner on that,” said Magaha. “Things are looking better from a financing and insurance standpoint. Insurance is a big component in any development transaction. Banks aren’t going to loan money if you can’t get the insurance.”

“You’re seeing a lot of private money being invested in the insurance industry, and there’s a lot of reinsurance available so you’re seeing a lot of carriers writing here that don’t normally write here,” said White. “You’re seeing rates right now on condominium associations going down as much as 20 percent and that’s been steady for the past three years. I think the market will hold as long as there’s no catastrophic event.”

White does offer one caveat, however, noting the implementation of some of the measures dictated by the Biggert-Waters Flood Insurance Reform Act.

“Some of the effects of Biggert-Waters are starting to take place. Because of that, you’re starting to see some rate increases on the National Flood Program but those increases will be well offset by these decreases on property insurance.”