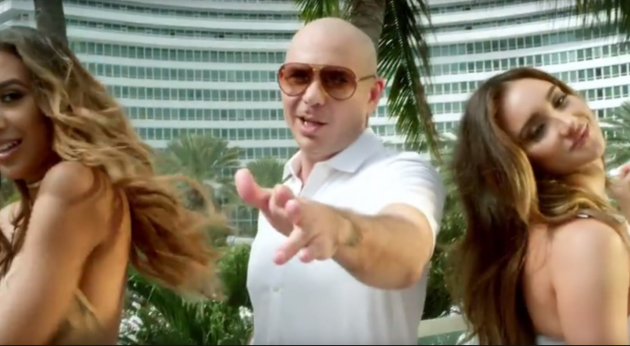 TALLAHASSEE – Visit Florida CEO Will Seccombe agreed to resign Friday and two other top executives with the tourism promotion group left their jobs in the wake of revelations the agency paid Miami rapper Pitbull $1 million to market tourism in the state.

Gov. Rick Scott called for Seccombe resignation and a series of transparency measures in a letter to Visit Florida board chairman William Talbert.

“I believe it would be best for the future efforts of Visit Florida for Will to step down and allow new leadership to come in at this critical time,” Scott wrote.

Visit Florida’s chief operating officer Vangie Fields and chief marketing officer Paul Phipps resigned Friday. Seccombe “will be working with the Visit Florida Board of Directors on next steps,” in the coming weeks, spokesman Tim DeClaire wrote in an email.

Pitbull, whose real name is Armando Christian Perez, posted his 2015 contract with the state on Twitter on Thursday, revealing he was paid $1 million in taxpayer dollars to promote Florida in social media posts, at his concerts and in a music video called “Sexy Beaches.”

Scott’s letter also called for a series of measures aimed at increasing transparency at Visit Florida. The group should publish reports on its spending, return on investment statistics, employee salaries, audits and contract and vendor details, he wrote.

Visit Florida officials announced the one-year deal with Pitbull in September 2015. When the Orlando Sentinel and other news media outlets asked for the contract, nearly all of it was redacted.

Visit Florida officials said Pitbull had declared details like how much he was paid, his duties under the contract and even his agent’s name trade secrets exempt from Florida’s public record laws, even though Visit Florida receives tens of millions of dollars in tax money every year.

Seccombe told the Orlando Sentinel in 2015 that such details should be kept hidden so the state could get a good bargain, but on Thursday told a Senate panel he would never do similar deal that couldn’t be divulged. He also defended the $1 million contract as a good arrangement for the state.

But this week Scott said the deal “is ridiculous and must be fixed. Taxpayers have a right to know how their money is spent.”

Scott’s letter comes three weeks after he stood by Seccombe at a news conference in Jacksonville where he revealed that 85 million people had visited Florida during the first three quarters, a record.

Seccombe joined Visit Florida, the state’s public-private tourism promotion agency, in 2008 as its chief marketing officer and was promoted to CEO in 2012. During his tenure, tourism has boomed to 106 million in 2015, an all-time record and an 8 percent increase over the prior year. Seccombe made $291,152 in salary and had a $30,211 benefits package in 2014, part of which was paid by private investors in Visit Florida.

Amid the controversy over the Pitbull deal, Visit Florida is poised for a battle over its budget next year. Corcoran is a staunch fiscal conservative who has questioned the need to publicly subsidize Florida’s trademark industry.

“Our job is to decide if Visit Florida should exist and if so how much should it be funded,” Corcoran said in a released statement. “We’re not engaged in their hiring and firing decisions.”

Scott, though, has defended funding for Visit Florida as essential to boosting the industry and the overall health of the economy. Visit Florida will receive $78 million from the state this budget year, nearly three times the $26.6 million it received in 2011.

But lawmakers have grown more skeptical over the past year as other contracts with an English soccer club and racing car sponsorship were kept from the public. The Sentinel reported in March that Visit Florida paid for the vacations of foreign journalists to promote the state in their publications and that the agency hadn’t had a government audit since it was formed in 1996.

Scott called for an audit in April and for greater transparency measures, but has defended the agency and Seccombe since then.

“Anyone who . . . argues for no longer using Visit Florida’s advertising to promote tourism here simply does not understand the business world or the nature of our economy,” Scott wrote in his letter.