The U.S. housing market, a notable soft spot in the nation's weak economy for the past four years, is becoming less of a drag on the recovery. 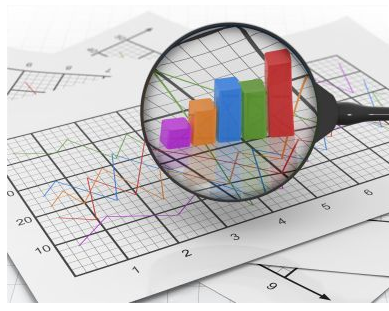 Real-estate markets are showing signs of life as falling prices spur buyer demand, lifting home sales and new construction from the depressed levels of the past three years. The spring selling season, traditionally the busiest period of the year, appears to be off to its best start in five years. Sales of existing homes in January and February were at their highest level since 2007, according to data out Wednesday, though sales in February edged down by 0.9% from January on a seasonally adjusted basis. the decline in real-estate prices has slowed its pace, making Americans less cautious about spending and potentially more disposed to buy a home.

For the first time since 2005, investment in residential real-estate, including home building and renovation, has contributed to U.S. economic output for the past three quarters.

Granted, the housing market continues to struggle. Home prices have yet to hit bottom and credit standards remain tight. Nearly 11 million homeowners owe more than their properties are worth, while a glut of potential foreclosures still threatens markets. With housing a much smaller part of the U.S. economy after the financial crisis, ripple effects from improvements may pack less punch.

It also isn’t clear that more people looking to purchase homes will translate into more sales later this year. The mildest U.S. winter in decades may have shifted buyers’ timing. Rising gasoline prices and mortgage rates could make consumers leery of buying now.

Still, many economists say home sales and construction have likely hit bottom and are now starting to contribute to the nation’s recovery.

“Housing bottoming is going to surprise a lot of people,” said Kenneth Rosen, a housing economist at the University of California, Berkeley. “Housing was pulling us down consistently, quarter after quarter, for years. That was really over in 2011.”

A housing stabilization could put the recovery on more solid footing. Growth in manufacturing outpaced expansion in the broader economy when the recovery began in the second half of 2009, and the job market has picked up recently, instilling confidence in consumers and businesses and giving landlords room to raise rents.

Real-estate agents and home builders from Florida to the Midwest and California are reporting more activity as buyers take advantage of prices that are down by one-third from their peak as well as low interest rates that have made housing more affordable than at any time in the last decade.

“People are looking around saying “It’s costing me more to rent than to buy,'” says Ronald Peltier, chief executive of HomeServices of America Inc., which owns real-estate brokerages in 21 states. Home-purchase contracts in January and February are up about 20% from a year earlier for HomeServices, a subsidiary of Berkshire Hathaway Inc. (BRKA, BRKB), and Mr. Peltier said the firm now expects sales growth of around 10% this year, upgrading its forecast last fall for flat sales levels in 2012.

Some businesses are seeing signs that an improving housing market will help the recovery by creating jobs.

Frank Blake, CEO of home-improvement retailer Home Depot Inc. (HD), told analysts last month that investment in residential homes “had a slight uptick” from November to January relative to the size of the U.S. economy. “The performance of our business, particularly in the back half of 2011, would suggest a strengthening market,” he said.

For years, Home Depot executives have seen demand from customers seeking to remodel and repair their homes. But in recent months, the retailer saw a 3% jump in transactions of $900 or more, compared with a 1.3% rise in purchases totaling $50 or less. That suggests consumers are spending more on bigger items and could be outfitting homes with an eye to sell.

Real-estate agents say that one problem with today’s housing market is a lack of inventory. The number of homes listed for sale is down sharply from one year ago in much of the country. That may stem partly from would-be sellers waiting for prices to firm up. Also, mortgage applications are still falling, suggesting any increase in sales activity is being driven heavily by buyers paying cash.

Buyers such as Jessica Ontiveros are running into bidding wars on properties. In December, she was under contract to purchase a one-bedroom condominium in Corona, Calif., for $83,000 with a 10% down payment. However, the property fell out of escrow after Ms. Ontiveros ran into trouble obtaining a mortgage. Last week, she made a $200,000 bid on a three-bedroom home, but the property already had two offers.

“I heard buying a home was going to be easy, but anything I can afford, an investor will come in and pay cash for it,” said Ms. Ontiveros, a 26-year-old high school Spanish teacher who is living at home. She’s anxious because “prices seem to be going up. I check almost every single day.”