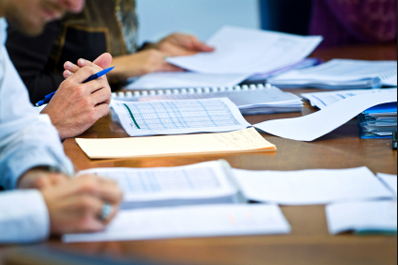 Anyone who has ever been part of a homeowner’s association (HOA) has probably witnessed the fallout of a poorly run meeting. Whether it’s an agenda that drags on for hours or discussion that gets out of hand or off point, the state of mind of attendees when they leave can often set the stage for future attitudes and behaviors within a condominium property.

Legal experts agree that planning ahead is the most important component to a well-run meeting.  “So much about having an effective board meeting is determined before you enter the meeting,” said Daniel Craven, a Gulf Shores attorney who has worked with associations for nearly 20 years.

Begin with an orderly, well thought out agenda, suggested John Cottle, an attorney with Becker and Poliakoff law firm in Fort Walton Beach, Fla. Avoid the use of a boiler plate from meeting to meeting, get early input from owners, and make sure that specific items that will be addressed are included on the agenda.

Legal parameters exist for any condo association meeting. While a well thought out agenda will lay the groundwork for a well-run meeting, it is also required by law. “The ownership is entitled to know what is going to be considered in a meeting so that they will know whether they want to come,” said Cottle.

First and foremost , association boards need to make sure they are meeting requirements for giving notice of agenda items by checking the condominium documents, emphasized Lynn Perry, an attorney with Daniell, Upton and Perry in Daphne, Ala. “If you are sending out proxies, make sure proxies are in order and comply with the Alabama Condominium Act,” he explained. “Once that is all accomplished, hopefully, the first thing will be the roll call to determine whether a quorum exists.”

Communication is critical. In fact, according to Cottle, the primary source of contention among owners in many condominium associations is a feeling that the board is conducting business and taking action without their consent.

“A board may not intentionally be trying to hide anything, but that perception exists, it can become a poison in any association,” he said.

Communicate often, request owner feedback and respond when necessary, added Perry. “Request submissions of agenda items early on rather than have someone show up at a meeting and want to add something,” he said.

A believer in the effectiveness of establishing and using committees, Cottle said that a board meeting is not the place to conduct a fact-finding mission or consider important decisions for the first time. For example, it would be virtually impossible to put together a budget at a meeting unless a committee has laid the appropriate ground work for it. “It should not just be the manager or treasurer who puts together that budget. It’s important that more than one person know what’s in it before it comes before board,” he said. “Doing that will cut down on a lot of grief.”

Cottle emphasized that the effectiveness of the committee model and said it can be applied to almost any issue from repairs to special events. “When the ground work for issues has been laid in advance, things run much smoother.”

Long-range planning committees can also be effective as a way of communicating with owners on a consistent basis. “These committees can be very effective,” Cottle said. “This committee can test the waters over a period of several years about what the members really want to do with a property.”

The ebb and flow of attendance at HOA meetings is often directly related to the impact of the agenda on an owner’s pocketbook, according to Craven. “Owners show up in masses when dues go up or there are special assessments,” he pointed out. Board members should be cognizant of how attendance could impact a meeting and prepare accordingly.

Equally important is to make owners aware of any executive sessions that may need to occur to minimize surprises.

All levels of formality exist at condominium meetings across the Gulf Coast, according to Cottle. While some meetings may call for a more relaxed, informal tone, others may necessitate the need for formality. “When there are a lot of people in attendance and a lot of people want to speak, more formality is necessary,” Cottle emphasized, suggesting that an effective way to address this need is through the use of a parliamentarian—an individual charged with running a meeting, setting time limits and making rulings.

Whether or not a contentious meeting is expected, experts agree that it’s important to allow owners to be heard. “People like to get stuff off their chest,” Craven said. “Even if things don’t go their way, allowing them their time to speak will likely make them feel better.”

If a board expects many owners will want to speak, Cottle suggested setting time limits. “Let each person speak for a specified number of minutes and move to the next person,” he said. “Stick to the issues, and if a personal attack starts, the chairman ought to gavel that person down. If you run it that way, you avoid getting into a shouting match where a meeting evolves into name calling.”

If time constraints are such that a board is unsure that everyone will get their say, Craven suggested setting aside time before an official meeting for owners to discuss their concerns.

Establishing a quorum is important and can be challenging for some properties. Craven said that he is aware of one condominium that hasn’t been able to achieve a quorum in five years. Boards can consider creative ways to draw members through social gatherings, educational opportunities or presentations.