The Evolving Building Code and Insurance Landscape for Condo Owners 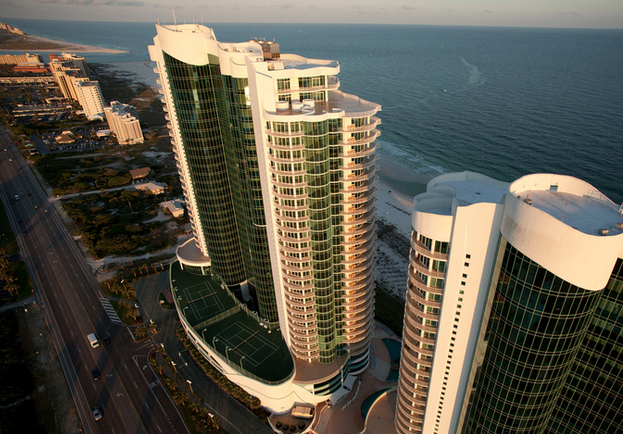 Hurricanes come and go along the Florida and Alabama Gulf Coast, each leaving their own distinct mark and waking communities up to the need for better infrastructures and insurance practices. Hurricane Ivan, which hit the Florida and Alabama coast in 2004, may have become a distant memory for many in the region, but the impact on the building and property insurance industries has been noteworthy.

Lannie Smith, building official and emergency management coordinator with the City of Orange Beach, said that while there has been significant development in the building code over the past decade, the first order of business after Ivan was to bring the city up to the standards of the code that was in place in 2004. “When Ivan hit, Orange Beach was under the code from 1994,” he said. “We were behind the times.”

According to Smith, building codes are updated every three years through the International Code Council (ICC) to reflect industry best practices based on damage assessments and technological advances. Jurisdictions then determine whether new codes will be adopted. “It means nothing unless you adopt,” he added. “There are new products and new methods coming out all the time. We’ve come a long way since 2004.”

Noell Bell, chief building official with the City of Destin, said one of the most significant changes to the  building code was related to opening protection, requiring that all glazed openings be protected by either using impact-rated glass, hurricane shutters or half-inch plywood. With these changes, of course, came pros and cons for condominium owners—added protection from flying debris as an advantage and higher costs as a disadvantage.

And although Bell acknowledged that codes do change, she said “This one is here to stay. Perhaps new technology for opening protection will evolve, and as with most new products, they start out expensive. I believe the price for the impact windows and shutters will decline.” And she added, “Buildings are definitely built better and stronger as a result of past hurricane events. The stronger a building, the less damage occurs by flying debris.”

While new wind codes create stronger, safer buildings, Forrest Daniell of Forrest Daniell and Associates architecture and planning firm, suggested that they really did little to address the primary hurricane damage issues—flooding. “Our experience is those building built to 100 mph wind performance did just as well as those built to 140 to 150,” he explained. “When the new code hit, we noticed a 30 percent increase in construction costs. Is it a better building? Yes, but I don’t think they really addressed the issues needing to be addressed.”

For this reason, the city of Orange Beach was one of the first cities to take building code improvement a step further. “In Orange Beach, you can’t just build to the new building code, you have to build to our supplemental code,” Smith said. “If we had the same storm today, we would see a fraction of the damages.”

The codes enacted in Orange Beach were based on the recommendations of the Institute for Building and Home Safety (IBHS), an organization that conducts objective, scientific research to identify and promote effective building practices to protect buildings against natural disasters. “The first thing we did was pass an ordinance for buildings to be pile-supported,” Smith said, adding that the provisions also laid out minimum embedment depth.

Daniell pointed out that the city also raised the height limit for buildings and required design for parking underneath to minimize flooding impact to interiors. “Changes in ordinances at the municipal level were much more beneficial than changes made in the international code,” he said.

While the insurance market goes through cycles often brought on by hurricanes, Grant Blackwell, owner of Coastal Insurance Agency in Florida’s Destin, Ft. Walton Beach and Seagrove Beach communities, said that more often than not, the greatest effects are often brought on by other economic indicators and events. “The condo insurance market in Florida is pretty healthy,” he said. “Every time the market gets “hard,” characterized by more demand than supply, sooner or later the entrepreneurial spirit of the insurance market kicks in, and markets evolve finding opportunity.”

According to Blackwell, the 10 years since Hurricane Ivan have expanded the capacity of most insurance companies that focus on condo associations. “The unit owner coverage for high rise superior construction is also pretty competitive,” he said. “In Florida, short-termed rentals—less than weekly—remains a little hard with pricing for short-termed rentals being a bit high, but there are several companies ready and willing to insure them in superior buildings.”

This current state of affairs is in contrast to market conditions witnessed just a couple of years ago, he added, when it became very difficult to place coverage on short-termed rentals.

Blackwell said that Alabama is now seeing many of the Florida Insurance companies opening up some capacity for the coastal counties as building codes have become more strictly enforced since Hurricane Ivan.

“My prediction is until the next storm, we will continue to see an improving insurance market in coastal Alabama and Florida panhandle markets,” he said. “The long-termed test will be how the damages from the next storm compares to Ivan.”