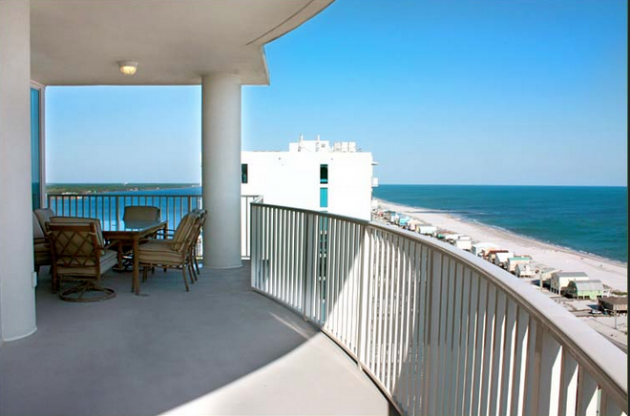 A reduction in the inventory of condominiums for sale along the Northwest Florida and Alabama Gulf Coast is beginning to nudge sales prices upward, area real estate professionals report.

“We are starting to see some price increases in certain areas due to the lower inventory,” said John Paulsen, a Realtor with Crye-Leike Coastal Realty in Destin. “After several years of prices dropping, things are beginning to turn around, and diminishing supply is having an upward effect on prices.”

Two condominium buildings in the Sandestin Resort demonstrate this uptick, he said. One-bedroom units in these buildings drew pre-construction prices of about $400,000 in 2006. But in 2010 and early 2011, sales prices for these units were still down to about $125,000. Over the last year, however, the prices have been slowly but steadily climbing and now the units are selling for around $200,000.

“An important factor is that there were around 65 units for sale in these buildings two years ago, but now there are only 14 on the market,” Paulsen said.

Carmela Bell, a broker with ResortQuest Real Estate in Destin, said market reports confirm that condo sales prices are starting to go up in specific areas. “Generally speaking, market-wide condominium prices have stabilized. But some specific condominium properties have been selling successfully at higher prices. These condominiums are characterized by low inventory and hardly any short sales or foreclosures.”

For example, Bell cited Sanctuary by the Sea in Santa Rosa Beach, which currently has no short sales or foreclosures on the market. One Sanctuary condominium purchased in February of 2011 for $875,000 recently sold in August for $1,150,000. Another unit purchased in April of 2010 for $775,000 sold in February of this year at full price in only four days at $850,000.

An example of low inventory is Gulf Place Caribbean in Santa Rosa Beach, which earlier this year only had one unit on the market out of 60 total units, the lowest inventory since it was constructed in 1996.

Bell cautioned that the increases are not dramatic and aren’t taking place across the board. The most desirable properties with the most limited inventory are where prices are trending upward.

“However,” she said, “the fact that prices are going up anywhere is a good sign.”

Along the Alabama Gulf Coast, prices are also starting to go up modestly, but steadily, as a result of reduced inventory, according to Bob Shallow, owner of RE/MAX Paradise in Orange Beach.

For example, he said, a three-bedroom, two-bath unit on the gulf at Pelican Point recently sold for $374,000. “That’s definitely a better price than we were seeing a year ago for similar units.”

Dotty Lou Farias of The Pro Team at RE/MAX Gulf Shores said inventory for condos is 65 to 70 percent less than it was during the height of the recession and the collapse of the lending industry. “So, of course, the old supply and demand laws are taking effect, swinging our market around from a buyer’s market towards the seller’s side.”

“Thank goodness the number of foreclosures and short sales are gradually dwindling away,” she added. “Banks are also seeing rising prices and are listing at better prices than they used to have to do in order to move the properties. So, those steals that were around are diminishing in the condo market.”

Barring a natural disaster, this trend should continue next year, Shallow predicted. “With foreclosures no longer much of a factor and short sales having much less of an impact on the market these days than they were a year or more ago, prices are getting better.”

Shallow attributed some of the market improvements to banks becoming more cooperative and more buyers with good credit entering the market. Additionally, he said, “Interest rates are fantastic. They are historically low. You can get 3.75 percent rate on condos in some cases, which makes the cost of carrying the mortgage much less than a few years ago. Buyers can save as much as $12,000 a year at these rates.”

Inventory, however, remains the biggest factor in pricing, he added. “A year ago, you could have looked at condos of this type for sale in this price range and picked up many listings; now, you might find four or five of them.”

Shallow said he is not seeing more people put units on the market because sale prices are starting to go up. “Keep in mind that many people bought units at about twice the price they are selling for now. Those who didn’t have to go into foreclosure or short sale will keep holding on to them at least until we get into the $450,000 to $500,000 range.”

Farias agreed that there are very few condos coming on the market at this time. “I think that many are holding back their listings until the spring when typically the demand is higher. Many of them that are listing at this time are listing at higher prices and not taking the offers that fit into the current market pricing. This is a double-edged sword, whereas it is great for sellers to see the edging up of prices finally versus the problem of appraisal issues versus buyers at this time not wanting to pay above the current market. It can cause a sort of stalemate for a while between buyers and sellers.”