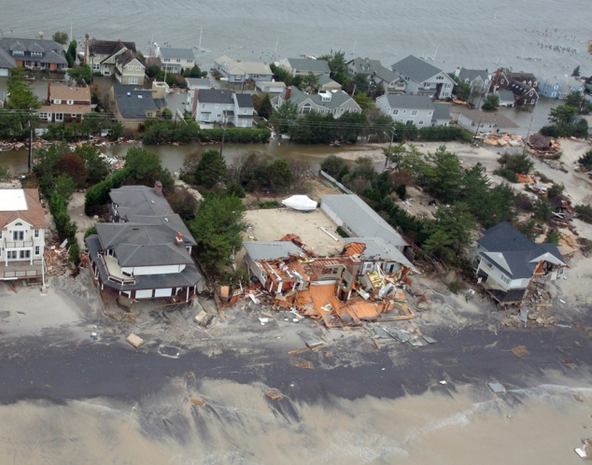 Though catastrophe modelers have prognosticated industry losses of up to $25 billion from Superstorm Sandy, each public insurer announcing individual losses to investors prior to fourth-quarter earnings announcements warned of significant unknowns in their ultimate Sandy-loss estimations.

“Everyone is waiting to see the true impact” Sandy will have, says Donovan.

Prior to Sandy, Property insurance   already was among the lines seeing the most consistent rate increases in 2012, with loss costs generally being met, says Robert Hartwig, president of the Insurance Information Institute. But he believes the size of rate increases for personal and commercial properties won’t change post-Sandy.

“The moderate momentum will continue in 2013,” says Hartwig, pointing out that while global catastrophe losses may have dropped in 2012 (compared to 2011, which had earthquakes in Japan and New Zealand, the subsequent tsunami in Japan, and flooding in Thailand), U.S. catastrophe losses will end up close to levels in 2011—thanks to the late-October superstorm.

As of late December, two months after Sandy made landfall, there has been no clear evidence of a change in underwriting positions with regard to writing Property risks, according to Greg Di Prato, senior vice president in Lockton’s Global Property Practice.

Adds broker Marsh: “Sandy’s full impact on Property insurance markets likely will be felt in the first half of 2013, with insurers expected to be less agreeable to rate decreases and to tighten policy wordings around flood, storm surge and windstorm.”

Many industry analysts and experts have remarked that Sandy won’t be a market-changing event, as industry surplus in the primary insurance market before the huge Northeast storm was at a near-record level.

Similarly, the reinsurance market is well-capitalized and can manage losses from Sandy and still have enough available reinsurance capacity to exceed demand in 2013.

Still, reinsurance broker Guy Carpenter says it did not expect a clear picture of Sandy’s loss impact on insurers to be available before Jan. 1 renewals—“a level of uncertainty that may enter into reinsurance negotiations,” the company notes.

Like many carriers in the primary market, Guy Carpenter views Sandy as an event “that will likely take months to fully sort through” because losses from the storm, such as those for Business Interruption, are so complex.