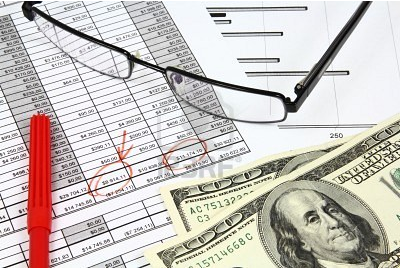 The 2010 filing deadline for taxes has come and gone, revenues have been reported, and condo owner associations (COAs) are moving toward a busy 2011 tourist season. And while many association members may feel comfortable that all the “i’s” have been dotted and “t’s” crossed, it may be a practical idea to double check one particular area that might not hold up under IRS scrutiny—how revenues are carried forward.

Understanding the rules of engagement when it comes to reporting revenues for a condo association is no simple matter, said accounting professionals. “Most owners and managers don’t have a good grasp of this area,” said Kevin Bowyer, CPA, CITP, CISA, partner with O’Sullivan Creel LLP in Destin, Fla., adding that the confusion is typically associated with the number of years revenue can be carried forward.

In 1970, Revenue Ruling 70-604 was issued by the IRS in response to requests from tax practitioners for some relief from the inherent inequities of homeowners associations filing Form 1120, at that time the only tax filing option for non-exempt homeowners associations. The parameters of the ruling allowed a homeowners association to avoid taxation on its excess membership income by either refunding it to members or carrying over the excess to the following tax year.

According to John Shields, CPA, partner with Crowe Shields Bailey PC in Mobile, many tax professionals and commentators interpreted the rule in a way that allowed for an association’s excess of member income over member expenses to be carried over only one year. “However, whether this ruling allowed for a carryover beyond one year was not clear. Many associations carried excess member income over for more than one year,” he said, pointing out that this practice still common today.

According to Bowyer, even though COAs are non-profit organizations, they have to file a regular corporate tax return due to the fact that they are membership organizations. Revenues and expenses are reported under two categories—membership and non-membership.

Taxes are required on all non-membership income, which may come from such areas as investment earnings, beach service providers and other contracted services. There is an option for associations to file an 1120-H, which exempts taxation on all membership income (member assessments) if certain criteria are met, but, Bowyer said, “we find that most condominiums on the gulf coast don’t meet those criteria.”

“The confusion comes when an association decides to roll excess revenues forward to the next year,” Bowyer explained. “What we caution our clients on is that they can’t keep building this excess revenue year after year.”

To further clear up confusion, the IRS issued Information Letter 2009-0233 in 2009. According to Shields, the letter said that COA assessments in excess of actual expenses must either be returned to owners or applied to the next year’s assessments. Otherwise, it would be considered taxable income. Also, if the association designated an assessment for specific items such as a roof or elevator replacement and placed the funds in a separate bank account, the income would not be considered taxable. “An association could not simply accumulate the excess income in a working capital reserve,” Shields said.

Shields said some COAs believe that having a reserve of cash is OK, under the general premise that every association will have future cash needs for projects such as roof replacement or parking lot repair. “We have advised our clients of the need to have a capital reserve study done to document what replacements will be needed in the future, and to segregate funds needed for those replacements in a separate bank account,” he said. “Excess reserves accumulated in a general working capital reserve account could be subject to income tax.”

Bowyer also advised that the decision to carry forward revenues from one year to the next was one that had to be made by the full membership. “Based on our resources, the IRS has always indicated that the vote needs to be made by the full membership, not just the board of directors,” he said, adding that this decision needs to be made annually. “If the IRS were to scrutinize this area, I believe one of the first things they would do is see if the complete owner membership voted in favor.”