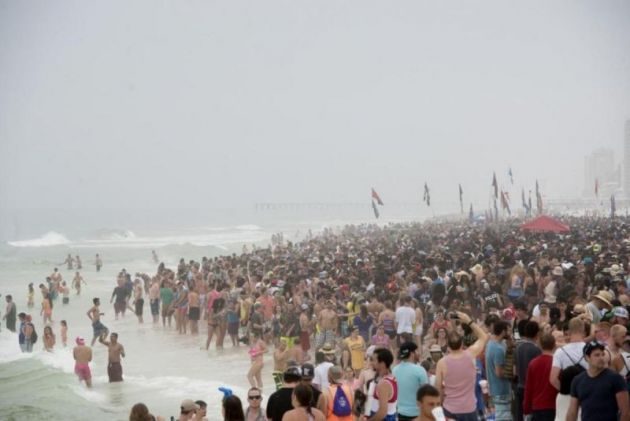 A resort in Panama City Beach is building a convention center dedicated to Christian events and concerts to be held during Spring Break 2017.

Laketown Wharf Resort has allotted an area measuring 28,000 square feet below its parking garage for Christian events this Spring Break, some of which have already been booked. The construction of the new convention center space is part of the resort’s efforts to make up for the low income during Spring Break 2016, the Panama City News Herald reports.

“We’re putting a new face on Spring Break,” said Bay County Tourist Development Council member Claire Pease. “We’re going to try and push it out. I don’t know if it will work or not, but we’re spending a ton of money.”

Based on a statistical report given by DestiMetrics to the Tourist Development Council in October, hotel and condo reservations for Spring Break 2017 are down by 44 percent compared to 2016. For Tracy Rudhall, the Panama City Beach Convention & Visitors Bureau director, the figures show the importance of events during the offseason.

The organizers of the Christian events are hoping to lure in college students who will rent condo units at the Laketown Wharf. During last year’s Spring Break, the rental income of some of the unit owners were affected when students chose other locations after laws to control the party activities were implemented.

Pease said she hopes the construction of the new convention center will start a new trend of Christian concerts and events being held in the location during Spring Break. She also voiced out the possibility that Christian events might also be held all over Panama Beach if they succeed in Laketown Wharf.

The Christian convention center at the Laketown Wharf Resort is expected to be completed by February. So far, North Carolina-based firm Premier Productions has already announced that Elevation Worship, Colony House, and Lauren Daigle will perform for “RoadTrip Spring Break 2017,” an event which will run weekends from March 8 to March 25.