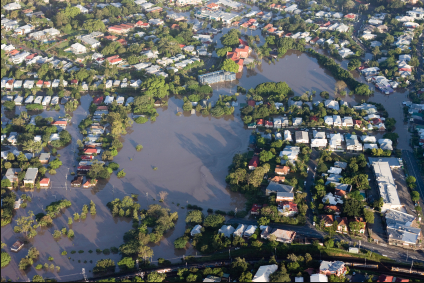 Condo owners can breathe a collective sigh of relief following the recent enactment of the Homeowner Flood Insurance Affordability Act (HFIAA) of 2014, according to insurance professionals across the Florida and Alabama Gulf Coast. Officially recognized as H.R. 3370, the law represents a two-year effort to reverse the dramatic rate increases resulting from the Biggert-Waters Flood Insurance Reform Act introduced in 2012.

The new provisions represent the second time in two years that lawmakers have tweaked the program after acknowledging that rates hikes were too high for many policy holders to afford. And while HFIAA is good news for condo owners, it ultimately does that not resolve the primary issue facing the flood insurance program–solvency for the estimated 5.5 million policyholders across the United States

The FEMA website officially notes that the organization “looks forward to working with Congress, the private Write Your Own Insurance Companies, and other stakeholders to implement these Congressionally-mandated reforms and to working toward our shared goals of helping families maintain affordable flood insurance, ensuring the financial stability of the NFIP and reducing the risks and consequences of flooding nationwide.”

“Congress left a lot of room [within the original act] for FEMA and administrators to have some leeway to get the flood program fiscally sound,” Garrison said, “It scared folks that they may wrap [condo policies] into an area where they wanted to raise revenue.”

Garrison said that he has some high-rise condominium clients currently paying $20,000 annually for flood insurance that could have seen rate hikes equating to $200,000 annually without the grandfathering provision in place.

According to Phil Gambrell of Gambrell and Sturges, an agency specializing in condominium association insurance, his organization started getting calls from prospective unit purchasers over a year ago asking whether or not associations were grandfathered.  “A number of those prospective unit owners decided not to purchase units because the association had a grandfathered flood policy, and they were justifiably concerned about rate hikes that could be nine times the current flood premiums,” he pointed out. “The continuation of the grandfathering provision, for the near future, removes that fear in the marketplace.”

Another key element of the new law that will be advantageous to condo owners is the limitation of premium increases to an average of 15 percent per year for each of the nine property categories listed by FEMA and a stipulation that no individual policyholder can pay an increase of more than 18 percent per year.

The law also suggests that the goal of FEMA should be to have most policy holders with premiums of no more than 1 percent of the value of their coverage. Gambrell emphasized that this component further helps stabilize the rate structure and reduce the fears of new owners.

Gambrell suggested that there are often ways to reduce flood and wind rates through unfamiliar credits and programs that are available. “Associations need to check with their agents, or use an agent that is very familiar with association risks to assure that every savings tool is utilized,” he emphasized. “Insurance costs, particularly flood and wind, are most often the largest item in an association’s budget.”

Garrison advised that condo owners be careful to maintain their grandfathered status, which requires that premiums be paid on time and that there is no lapse in policy. “As long as you keep your policy in force, and it does not lapse, you will not lose your grandfather status,” he said. “That’s the most important takeaway.”