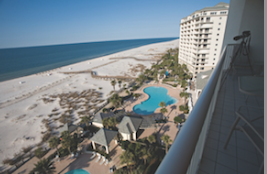 At a time when condo sales are already adversely affected by the economic downturn, tougher restrictions on some government-backed mortgages could make matters worse, according to area real estate professionals.

“The more good options buyers have, the more motivated they are to purchase,” said Chuck Norwood, team leader and Alabama broker for ReMax of Gulf Shores. “We are seeing a lot of well-qualified buyers who are seeking to purchase a condo in this area and it doesn’t make a lot of sense to cut back or remove some of their financing options.”

During the past several months, the rules regarding condo mortgages that are eligible for Federal Housing Administration (FHA) backing have undergone a number of proposed changes, although the agency has temporarily backed off from some of the toughest new requirements.

Last November, the U.S. Department of Housing and Urban Development (HUD), which oversees the FHA, issued a temporary directive to “address current market conditions,” which will affect condo sales through Dec. 31, 2010. This directive stated that the concentration level would be temporarily increased to allow up to 50 percent of units in a building to have FHA-backed mortgages. It further stated that the FHA concentration could be increased to 100 percent if 100 percent of the units in the project have been sold, the owner-occupancy rate is at least 50 percent and the project meets a number of standards, including having all construction completed for at least one year.

Additionally, the November directive relaxed the owner occupancy rules somewhat by stating that vacant or tenant-occupied, real-estate-owned units, including properties that are bank-owned, may be excluded from the 50 percent owner-occupancy requirement. Pre-sale requirements were also temporarily reduced from 50 to 30 percent.

Another FHA loan change in the works affects the “Spot Loan” approval process. According to HUD regulations, all condo properties eligible for FHA-backed loans must be on HUD’s approved condominium list, which indicates they have been reviewed by HUD and meet all necessary requirements. However, lenders have been allowed to grant “spot approvals” for properties that were not on the HUD list but met the criteria. Rules issued earlier this year indicate that FHA plans to eliminate the spot loan approval process, but in November, the agency moved the effective date from Dec. 7, 2009 to Feb. 10, 2010.

Karen Llewellyn, manager at SunSouth Mortgage in Gulf Shores, said that this change could slow the process for some borrowers seeking FHA-backed loans. While there are not many condominium complexes in this area that are eligible for the FHA-approved list—mostly because of the high volume of rental units here—she said the FHA rulings “put more limits on what we have available for financing.”

“When you consider all the previous restrictions on government-backed lending for condos, these changes will make it even tougher for buyers to qualify for FHA loans,” she said.

In December, the FHA proposed a major rule changes that could affect borrowing for all types of dwellings, by increasing the amount of up-front cash required by borrowers and by raising minimum credit scores required. Additionally, the proposed changes would limit the amount of money that sellers can kick in for closing costs.

Under current rules, FHA borrowers can contribute as little as 3.5 percent of the down payment for a home, but there are proposals to increase the minimum down payment to 5 percent. The FHA is also advocating that the minimum credit score requirement, currently 500 out of a possible 850, be raised, although a specific number has not been identified. Sellers are currently allowed to kick in up to 6 percent of a home’s value to help entice the buyer, but the proposed FHA rules would lower this to 3 percent.

According to testimony provided to Congress by HUD Secretary Shaun Donovan, FHA currently backs about 30 percent of all loans for home purchases and 20 percent of refinancings. Donovan said the volume of FHA loans is exploding to the extent that stricter risk controls are required. A government audit of FHA, released in November, found that the agency’s cash reserves were at about $3.6 billion, well below the level required by law, which is 2 percent of outstanding FHA loans.

Rules May Be Misdirected

Norwood said he thinks the pendulum has swung too far, to the point where qualified buyers are finding it more difficult to purchase condos in this area.

“I understand why the government regulatory agencies had to toughen the lending rules, but I think there has been an overreaction,” he said. “Certainly, many of the sub-prime loans made it too easy for people to purchase property they couldn’t afford and that’s part of the problem the economy is having to come out of here and around the country. But what we have found in this area is that these were not the traditional buyers in our market—they were speculators who never intended to occupy. Now, we are seeing buyers who are mostly the end-users, people who want to own a condo for their families and friends.”

Norwood said that he thinks the tougher regulations are somewhat misdirected.

“It seems like some of the new regulations regarding condos are looking at the building rather than looking at the buyers and I think that’s a mistake,” he said. “I think more weight should be placed on the personal finances of an individual rather than the number of government-backed mortgages in each building”

While many of the condo sales along the gulf coast that Norwood is involved with are for people seeking second home properties, anything that makes it harder to qualify or even to understand the rules is harmful to good buyers, Norwood said.

“Right now the rates are good, the prices are very good—but meeting the requirements for financing is somewhat difficult,” he said. “Banks have stepped back a lot because they need to look at their exposure—just as insurance companies have had to do after natural disasters—and try to limit that exposure.”

Norwood said there are still a lot of lenders in the area where you can get financing, but it’s definitely harder to come by than it was a few years ago.

“My feeling is qualified buyers should be able to get government backing for condos with mortgages that are structured for good long-term financing,” he added. “Anything that restricts ability to buy will make it take longer to absorb inventory and turn the economy around. The gulf coast is especially affected by this since the economic impact of the real estate market touches so many people here—it’s a huge industry.”

Norwood stressed that there are many good signs that the real estate market is improving along the gulf coast. He said more condos are selling this year than last, and the summer rental market was very strong. “People still want to live here and vacation here and that’s not going to change,” he said. “It’s a challenging time but we are going to get through it.”