Marketing Outside The Box 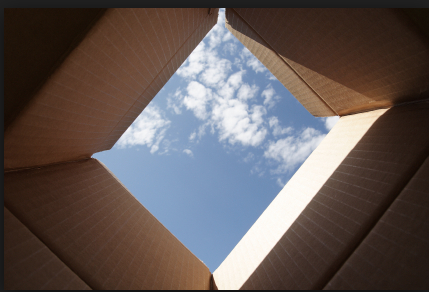 After a difficult couple of years following the BP Deepwater Horizon oil spill, tourism along the Gulf Coast is finally back. Instead of tar balls and oil slicks dotting the coastline, you’ll find sunbathing vacationers, full condominiums, and longer waits at the most popular seafood restaurants. Not only is tourism back, but it’s also setting new records.

With remarkable tourism figures like these occurring in communities all along the Gulf Coast, CVBs have kicked marketing efforts into high gear in order to keep the record numbers rolling in. Thanks in part to the increased lodging revenue, and in some cases BP settlement money, many cities are expanding marketing and even taking new, creative approaches to promote their coastal vacation destinations.

One strategy the Pensacola Bay Area CVB just started this year is exhibiting at festivals in target markets around the country to talk directly to consumers. At each festival, the CVB runs contests for free trips and showcases all of the activities the area has to offer. “We’re using the one-on-one interactions to talk about the variety of things you can do in Pensacola beyond the beach,” Hayes said. “Obviously people come here mainly for the beach, but they don’t know much about the area beyond that. So we want to encourage them to enjoy the beach but explore other activities as well. So, for example, we promoted the annual mullet toss by having mullet throwing contests with plastic mullets, and we even had a baby pool full of sand to represent what you’ll find on the beaches here. People seemed to really have fun with that.” The CVB has already taken the festival promotion to Houston—a market the city is trying to tap into more—as well as New Orleans. With money Pensacola received from BP, CVB officials are also traveling to festivals in Chicago and Washington, D.C. to promote new nonstop air service in those areas. “The theme for both cities is that in two hours you can be on the sugar white sand beaches of Pensacola,” Hayes said. At each festival the CVB is tailoring its message about Pensacola to best suit each audience. For example, Chicago’s event is a high-end arts and crafts festival, so CVB officials are concentrating on promoting Pensacola’s arts and culture as well as its culinary offerings. “We want to reinforce that coming to the beach doesn’t mean you have to leave your culinary tastes behind—we have it here too,” added Hayes.

Social media such as Facebook and Twitter have been significant marketing tools for some time, but the Panama City Beach CVB has started taking its social media promotions one step further. In addition to running sweepstakes through Facebook, the CVB has also started using Pinterest and Instagram for giveaways as well—a first for the city, said Susan Estler, vice president of marketing for the Panama City Beach CVB. “We’ve done different social media promotions before, but not quite like this,” she said. “Our Instagram sweepstakes is called ‘I’d rather be in Panama City Beach.’ and participants must upload an image to Instagram of themselves saying they’d rather be here and use a specific hashtag. On Pinterest, we’re running a ‘Pin to Win’ sweepstakes in which someone must follow Panama City Beach on Pinterest and repin at least 10 photos from our pinboard to their own account to enter.”

The Emerald Coast CVB is increasing its usage of social media as well, targeting soon-to-be vacationers with pre-planned agendas and itineraries for a trip to the Emerald Coast. “We’re trying to reach out to the people already in the mindset that want a beach vacation by providing itineraries for families to use, whether they are coming for a weekend or a week-long vacation,” said Katherine LeBlanc of Peter Mayer Advertising, the agency of record for the Okaloosa County Tourist Development Department. The CVB’s suggested itineraries—which are available on Facebook and Twitter—provide opportunities for beach time, of course, as well as other activities such as water park attractions, miniature golf, water sports, and boat cruises. “We think that engaging our followers and fans on social media when they are choosing their vacation destination helps us because we’re providing a full itinerary of what they can do when they are here,” LeBlanc said.

Gulf Shores/Orange Beach Tourism has expanded its target audience and is now looking to new potential markets. One such audience is home-schooled families, said Joanie Flynn, vice president of marketing for Gulf Shores/Orange Beach Tourism. To cultivate the new market, the Alabama Gulf Coast cities are advertising in home-schooling magazines and e-newsletters, holding sweepstakes give-aways to promote education-focused trips to the area, and even attending a tradeshow specifically for home-schooled families. “Home-schooled families can travel at any time and take what we call an edutainment vacation,” Flynn said. “We feel our nature assets and attractions are a wonderful complement to our beaches for just such a trip.”

Gulf Shores/Orange Beach Tourism is also going after scuba divers as well, another new market for the area. Building off of the “Sinking of the LuLu” that was just held in May—a recent event in which a multi-decked tanker was sunk 17.5 nautical miles out into the Gulf and 55 to 115 feet straight down—the CVB is running print and online ads, as well as social media promotion, to advertise the area as a new diving destination. “Alabama has the largest artificial reef system in the country, and this is just the latest addition to that reef system, but it’s the first designed specifically to meet the needs of scuba divers,” said Flynn. “We have snorkeling sites in our area and a few other reef wrecks that some scuba divers follow, but this is the first time we’re going out with full-scale appeal to that market.” Although tourism officials think it could take a couple of years to really develop the new segments, they remain optimistic about their increased efforts. “We’re trying to do new things every year to get our message out there,” Flynn said. “It’s all about maximizing our reach and our ability to instill the virtues of our destination.”