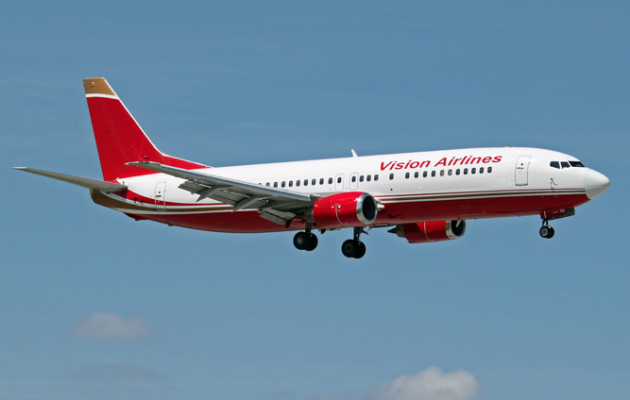 Local community leaders hope Vision Airlines will continue to offer flights to and from Northwest Florida Regional Airport, even though the airline will stop selling flights after late February.

View a timeline tracking Vision’s presence in the area.

Tuesday, Feb. 29 had been the last day flights to or from Northwest Florida Regional could be booked on the airline. On Wednesday, the airline updated its website and Feb. 26 now is the last date flights can be booked.

“If the tourism impact that we saw last spring and summer is any indication of what’s in store for us this coming season … I’m willing to bet that they’re going to consider seriously being back in this market with new routes,” said Larry Sassano, executive director of the Okaloosa County Economic Development Council. “They’re a company, I think, that feels that they’re just trying to find the most suitable routes and destinations that will impact their bottom line. I think they like this market very much and I think the results that they will see will make them consider seriously about coming back to this market.

“I still feel they’re a great airline that has a future here,” Sassano added. “I hope they’ll consider really strongly staying in this market and bringing in some new routes.”

Sassano said he believed Vision Airlines could have done a better job of explaining its business model to the public by saying it was testing markets out to see if they had long-term potential rather announcing destinations as permanent routes.

Niceville Mayor Randall Wise, who was a passenger aboard Vision’s inaugural flight to Niagara Falls in December 2010, was disappointed to hear the airline could end its local service.

“I think they started out just too big,” Wise said. “They wanted to do everything at one time.”

“Certainly, as a business owner I understand that sometimes you have to take a step back and re-evaluate, and maybe that’s what they’re doing,” Seevers said.

“I wish them well. I hope they realize the benefits of having services in our area because I think we’re going to continue to grow,” Seevers added. “I just hope they return.”

Seevers said she thought it was bad timing for Vision to start service at Northwest Florida Regional so close to the BP oil spill, and wonders if that had an impact on the airline’s success.

“It was good for us, I don’t know how good it was for them,” Seevers said. “Usually when you open a brand new business like that, it’s a thriving area and we were reeling, just coming off the heels of the oil spill. That was pretty big of them to take that step in the first place.”

When Vision announced it was starting service from Northwest Florida Regional in December 2010 and expanding that service later, it asked for partnerships with local businesses and lodging properties to cross-promote one another.

The Okaloosa County Tourist Development County spent more than $485,000 in advertising the Emerald Coast in the 22 cities Vision offered service to last spring and early summer, according to Mark Bellinger, executive director of the TDC. That investment brought in an estimated $139 million in economic impact from more than 155,000 total passengers on Vision Airlines.

“I was extremely pleased with the amount of travelers passing through the Northwest Florida Regional Airport this past year,” Bellinger wrote in an email. “I hope the positive trend continues. Our area had a record year in 2011 for total visitor attendance, retail sales and overnight lodging occupancy.”