How solid leadership and vision is getting the job done at the Blue Heron of Naples, Florida 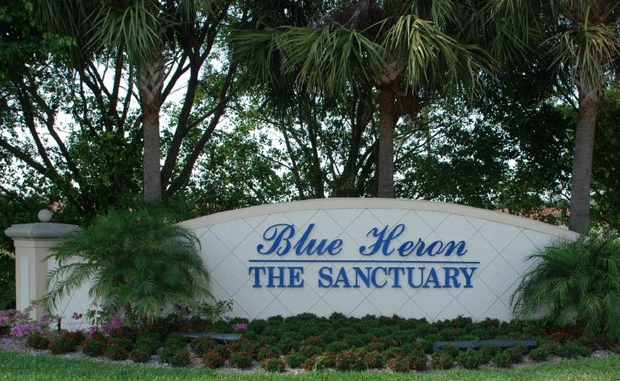 Taking the helm as president of a 324-unit condominium association is not for the faint of heart. So much rides on the ability of owners and board members to work together collaboratively, and most condo owners know all to well that board operations can be the make or break element to a positive or negative ownership experience.

According to condo owner Elliott Miranda, it took someone with guts, vision, a solid business mind and integrity to get operations running not just smoothly, but above par, at the Blue Heron of Naples Condominium—traits that he said are characteristic of current president, Anne McCauley.

“What she has been able to do in three to four years is incredible,” he said. “The time and dedication that Anne puts in—a lot of people should take their cue from her.”

Currently in her seventh year as president, McCauley knew when she stepped into the position that the board would be facing immediate challenges. “I had seen quite a few issues that needed to be addressed,” she explained, adding that she felt a sense of duty to help as she had experience serving on executive boards in the past. “I thought I would bring my experience to help the association.”

Following the transition period when the developer turned over the operations to the association, many things were left undone.  In fact, McCauley recalled that the developer failed to contribute to the reserves, leaving behind $60,000 in unpaid bills. Complications with an irrigation system that was shared with another development exacerbated the situation as did a number of other property maintenance issues.

“The condo fees were fairly expensive when fees went from the developer to the first association,” Miranda recalled. “Not only was maintenance expensive, but owners were faced with a number of assessments.”

McCauley acknowledged that some difficult and necessary assessment decisions had to be made in the first two years to get past the initial shortfall and build a better vision for the association. “I wanted to see finances become very healthy in the way of reserves, operating income and contingency funds,” she noted.

Generating operating income also had to become an immediate focus as 2008—the year McCauley became president—represented the beginning of the housing market crash. Foreclosures were rampant, and strict action had to be taken to enforce collections.

“You have to operate an association like a business,” McCauley emphasized, pointing out that this philosophy can be hard for volunteer board members who want to extend charity to their neighbors. “I took on collections.”

Corrective action policies were put into play and enforced. Owners who were not current with their dues would not be issued parking permits for the premises. The association would also not allow units to be leased if dues were delinquent.

Miranda pointed out that the policies have accomplished their goals and delinquency rates are very good. He also said that condo fees have gone down every year, yet the association has been able to invest in infrastructure and maintenance. “Buildings are in tip top shape,” he said, adding that McCauley negotiates and reviews contracts to make sure that projects are completed professionally at minimal cost. “The grounds are beautifully landscaped, and maintenance is up to par.”

Blue Heron was built in stages between 2003 and 2006 and is made up of 18 low-rise residential buildings. Located on 24 acres and eight miles from the Gulf of Mexico, the property is situated on two lakes and houses a pool area and club house.

Once the association’s finances were back on track, a number of improvements were initiated including enhanced pool security to keep unauthorized persons from using the facilities. The previous four-foot fence was heightened, security cameras were installed and a new key card system was implemented.

The association also remodeled the club house, enlarged the pool deck and completely landscaped the property with lush greenery and tropical plants.

Miranda emphasized that McCauley’s leadership has created a sense of community among the owners of the property. When asked how she has been able to build harmony among 324 different owners, McCauley was quick to point out that “it’s not always tranquil.”

“We listen to our owners, what their priorities are, what their suggestions are…we may not be able to do it all, but we encourage participation,” she said. “People have a sense of ownership, a sense of pride. That in itself creates a sense of community.”
In the end, McCauley emphasized that it comes down to integrity and respect. “I believe in leading by example. I believe in treating people respectfully,” she said. “There is no room for ego.”

Want to acknowledge one of your board members or an individual who has gone above and beyond on behalf of your association?  Click HERE and let us know the specifics for a chance to be profiled in a future issue of Condo Owner magazine!