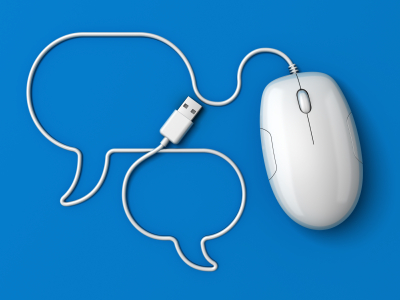 Everyone from college students to businesses are using Twitter, Facebook, LinkedIn, blogs, websites and other social media outlets every second of every day to stay in contact with friends and colleagues. Why should condo owner associations be any different? Well, they’re not, and to varying degrees are using these sites and others to share official and unofficial information with members.

Experts are urging COAs to be cautious when it comes to what info they’re discussing via social media.

According to Donna D. Berger, managing partner for Florida-based Katzman, Garfinkel and Berger, a full-service law firm specializing in community association, the use of social media by COAs was a topic of conversation on her Condo and HOA Law and Living networking group on Linkedin, which is centered around a blog at condolaw.blogspot.com. She utilizes a variety of social media, such as her blog and LinkedIn pages, to communicate with association and board members about legal issues.

Joel Meskin, a member of Berger’s LinkedIn group and vice president community association products at McGowan and Company Inc., said he believes social media can be both a blessing and a curse. McGowan and Company specializes in writing specialized insurance programs for community associations, D&O insurance, etc., and said he views the use of social media by COAs as a potential liability for board members. “An online open forum where members can discuss ideas and debate issues should not be sponsored or managed by an association,” he said. If an association sponsors the social media where a debate occurs, it gives the potential appearance of them supporting defamatory or disparaging content. “Open debate by and between board members should be done at a board meeting pursuant to the association’s parliamentary protocol,” he advised.

On the other hand, Ken Stephens, who is a COA member in Naples, Fla., noted that social media could be highly beneficial when it is used to inform members. However, as far as open forums on social and interactive media are concerned, he suggested that each association review their plans for such a forum with their attorney to understand exactly what type of information could be legally disseminated.

Information shared on the Internet, via e-mail, tweeted, blogged, etc., “has a life of its own and can be used, forwarded or otherwise taken out of context,” Meskin warned.

Michael Tangeman, an executive at TH&Co LTD, has 25-plus years of experience in communications across traditional and digital formats, said that there are ways to keep discussions purely informational when using social and interactive media outlets like websites for communication.

Nat Pruitt, CMCA, association manager for Gulf Shores-based Kaiser Realty, agreed, saying that the associations she oversees contain password-protected owner sections. “Notices and letters from the board president are on the sites as well as meeting minutes,” she said. “Some associations post the minutes as unapproved, which can be done as soon as they are written, while others wait until the board has approved them, which could take a month or so.”

Stephens said that social media outlets could be very useful in disseminating information quickly to association members. “This comes in handy when you have situational issues that come up like water shutdowns for a building, disasters that are quickly controlled like kitchen fires, water heater leaks, etc.,” he said. “Also, the more ‘mundane’ event-related updates can be sent out via Twitter, posted on Facebook and the like, not so much for a debate to ensue but to use as another method of outreach.”

In Stephen’s community, postings at the community mailbox, notices at the clubhouse and even letters on the doors are often ignored or forgotten. “Since social media communications can be sent to mobile devices, it makes it much more likely the member will at least get the message,” he said.

Tangeman noted that quick communication could be achieved via subscriber alerts from RSS feeds that are received via e-mail or mobile phone. This would help avoid multipoint interactivity and “the sometimes dizzying pace of everyone commenting on everybody else’s responses,” he said.

One Response to COA’s Use Caution Using Social Media