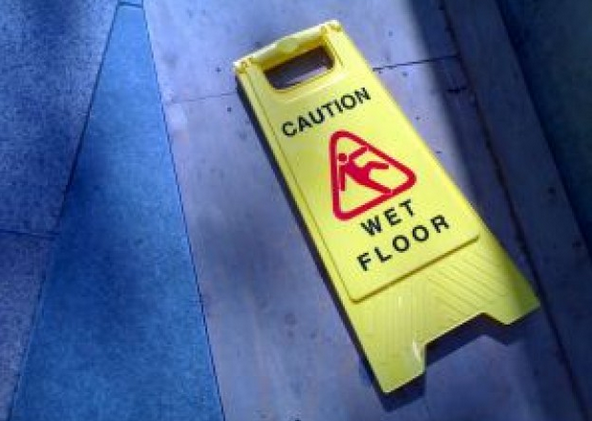 This article is the second in a two-part series on the basics of premises liability.  Actual cases decided by the Alabama and Florida courts are discussed; however, the reader is cautioned that these cases turn on their own facts and that the associations should seek counsel from their attorneys concerning any incidents that occur on their properties.

When children are involved, the rules change, regardless of whether the child is a trespasser or a business invitee.  As the Alabama Supreme Court explained:

Our humanitarianism and our instinctive beliefs that adults have an obligation to protect and nurture the community’s children have caused us at times to ameliorate the harshness of the rule regarding an occupier’s conventional duty to a trespasser, when the trespasser is a child, and thereby to give primacy to child safety rather than to unrestricted property rights.

As in the Motes case, the courts draw a distinction between a natural condition on properties, such as a ravine, cliff, bog or a cave, as opposed to an artificial condition upon the land which would include a condominium building and its amenities.[i] Examples of artificial conditions that naturally draw the attention of children include swimming pools, a railroad trestle, trampolines, a beach, a rail car, a train, and the list is endless.  Where such artificial conditions exist, the Alabama courts, and most others, have adopted what is known as § 339 Restatement (Second) of Torts which provides:

(a) the place where the condition exists is one upon which the possessor knows or has reason to know that children are likely to trespass, and

(b) the condition is one of which the possessor knows or has reason to know and which he realizes or should realize will involve an unreasonable risk of death or serious bodily harm to such children, and

(c) the children because of their youth do not discover the condition or realize the risk involved in intermeddling with it or in coming within the area made dangerous by it, and

(d) the utility to the possessor of maintaining the condition and the burden of eliminating the danger are slight as compared with the risk to children involved, and

(e) the possessor fails to exercise reasonable care to eliminate the danger or otherwise to protect the children.” (Emphasis supplied.)

In the Motes case, the facts reveal that the landowner had constructed a large dirt pit on the property and had equipment such as scrapers, dozers and dump trucks.  The evidence revealed that two 13-year-old boys trespassed onto the property because they were not there with the consent of the landowner.  The evidence also showed that the landowner knew that children often played at the dirt pit.  The two boys were digging a tunnel or cave in an embankment which collapsed with one of the boys sustaining fatal injuries.  The court ruled that the boys did not appreciate the danger of a cave in.

For years in many states, the rules existed that a child under the age of 14 years could not be negligent but that rule was abrogated in the case of Lyle v. Bouler, 547 So.2d 506 (1989).  The court found no reason for imposing arbitrary age limits as to when a child must assume total responsibility for his actions.  However, age may become a factor in determining whether a particular child appreciated the danger of a condition on the property.  The courts look to (1) the intelligence of the child; (2) the capacity of the child to understand the potential danger of the hazards; (3) the child’s actual knowledge of the danger; (4) the child’s ability to exercise discretion; (5) the education level of the child; (6) the maturity of the child; and (7) the age of the child.  After examination of these facts, the courts would then look to the above cited Restatement of Torts provisions to determine liability.

Even in cases involving children, the landowner, such as a condominium association, must be shown to have knowledge of the dangerous or defective condition on the property.  In a case involving injuries to a child sustained by a snake bite in the swimming pool in an Orange Beach condominium complex, the court ruled that the plaintiff failed to produce evidence that the condominium association had prior knowledge that snakes were getting into the swimming pool.[ii]

In another Baldwin County case, a minor child was struck and killed by a vehicle when she ran across the Beach Highway between condominium units.  This particular condominium had residential units on one side of the highway with the pool, beach and other facilities on the other side.  The child was 15 years old and was determined to be a social guest of an owner.   The court determined that the evidence indicated that the highway in front of the condominium had an unobstructed view of the scene and was straight and level.  The court ruled there was no duty owed by the association to warn of the open and obvious dangers in crossing the highway.[iii]

In operating swimming pools, condominium associations are bound to abide by the rules and regulations pertaining to operators of swimming pools.  Even though condominium pools are considered private property, certain minimum standards should be observed.  It is not the purpose of this article to examine those rules but common sense dictates that the water in the pool should be clear with an unobstructed view of the bottom; and that guests are put on notice that they use the pool at their own risk.  Such warnings should be presented to guests when they arrive on the property.  Again, when dealing with conditions such as swimming pools that naturally attract children, associations should be mindful that their duty is heightened when a child’s safety is in question.  The burdens imposed upon associations to safely operate its swimming pool are slight when compared to the dangers of a child drowning.[iv]

As can be seen, condominium associations, like any other landowner, may face liability when persons are injured on their property.  Condominium facilities contain many attractive amenities not only to adults, but also and especially, to children who may not fully appreciate the dangerous conditions that are not