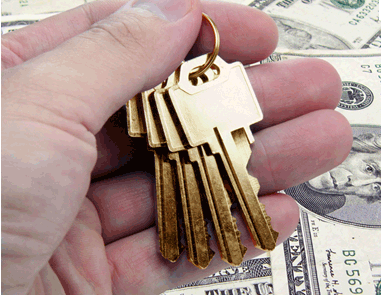 It may seem like condos have been around forever, but they’re actually a fairly new phenomenon. Spearheaded by Utah attorney Keith Romney, the first condo in the U.S. was built in Salt Lake City in 1960. Romney – hailed by BusinessWeek as the “Father of Condominiums” – borrowed the term condominium from the Romans, and helped author all 50 states’ condo laws. Today, the condominium industry is led by the Community Associations Institute (CAI), which provides education and resources to homeowners who choose to govern their own property associations. Its affiliate, the National Board of Certification for Community Association Managers (NBC-CAM), certifies property managers (CAMs) who, for a price, will run properties for boards who don’t have the time or inclination to do so themselves.

Like Protagoras in 470 B.C. – who posited that there are two sides to every question – leaders in the condo industry admit there are benefits to both self-management and to farming out that the work to CAMs. But how do you know which alternative is best for your property?

Sometimes, it’s simply about size. Smaller buildings with a high percentage of live-in owners tend to be self-man- aged, said Daniel Craven, a Gulf Shores, Alabama, attorney who represents 150 ‰ condo associations. “As a board, it’s much easier to run your association if you’re there full-time,” he said.

But running a condo takes more than a physical presence; it requires know-how. If your board members have the proper financial and legal expertise, then self-management might indeed be a viable option. But if they don’t, then hiring a professional management company is probably the prudent thing to do.

One Florida condominium association has tried it both ways, and clearly prefers going it alone. Association administrators have twice opted out of self-management by hiring an outside company, and twice have been forced to let them go.

“We’ve been self-managed for many, many years – most of our existence – and we do it very, very well,” said one board member who wishes to remain anonymous. “We don’t like management companies. We’ve had bad experiences with them. They spent our money needlessly and without approval. There were accounting errors. They weren’t in the office when they were supposed to be. There was insubordination. There were a lot of issues.”

Adding insult to injury, the board member continued, was when we realized that our most recent management company had, midway through the fiscal year, exceeded its annual budget by almost five percent. That was the last straw. “We recouped some of the money by firing them. It was in their contract that we could terminate them for cause. Trust me, we had a long list of causes.”

Most property management contracts contain such termination clauses, which allow either side to get out of the agreement with or without cause (often right away if it’s the former, and within a month or two if it’s the latter.) “We could’ve kept them on until the end of the year and simply not renewed their contract,” said the board member. “But we opted to terminate them immediately.”

This particular condominium board, which boasts a tax expert, has been running its own property ever since with the help of two part-time office staffers.

“We’re back to being a very efficient board,” he said. “One of our employees is CAM-certified. We know the Florida condominium statutes, and we abide by them. Running things ourselves saves us money.”

But not every board is comprised of tax-savvy members who can afford to donate their time and expertise pro bono. Many associations find it necessary to hire professionals.

“Owners and boards often don’t know how associations operate, or about condo laws and tax guidelines,” said Sam Irby, a lawyer at Irby & Heard, P.C., who, as a state bar commissioner, is helping rewrite Alabama’s condo laws. “Because of that, they need management companies.”

Built in 1980, the Regatta, a three-story, 48-unit Gulf Shores, Alabama, beachfront condominium, has always been professionally managed. Just recently, however, its longtime property manager, whom they liked, retired, and the board was faced with searching for someone else.

“We’d had our original management company since the beginning, so it was important to find a suitable replacement,” said Jim Looke, who’s been a Regatta board member since 1995 and owned there since 1992. “We were looking for service and experience up and down the beach.”

After interviewing several companies, the Regatta chose the Madarinn Group, a Gulf Shores firm that manages 19 local complexes. Importantly, Madarinn, unlike some management companies, had experience with smaller, low-rise complexes like the Regatta, which made them a good fit.

“It ends up coming down to whom you’re most comfortable working with, professionally and personally,” said Looke.

A management company that’s flexible offers the best chance for being a good fit with a property, said Les Williams, COO of Meyer Services, which runs nine condominiums in Florida and Alabama.

“We specifically tailor our management style to how the board wants the property run,” he said. “They’re the true leaders of the property. It’s their management plan; we simply execute it. Some boards are more hands on, and others want us to control everything. It runs the gamut.”

The majority of boards, though, tend to want full-service management packages, which include handling all of the property’s finances; oversight of on-site administrative and maintenance staff and off-site vendors; and organization of association meetings and elections.

But it’s the financial side of things, said Irby, which boards tend to need the most help with.

“Most properties don’t have the expertise to create and maintain a budget,” he said. “Just like most businesses, condos tend to undercapitalize. It’s really important to budget in reserves for replacement and repairs, especially on the coast.”

Maintaining a property, structurally, is sometimes overlooked by managers, but not by Michael Kent, president of Progressive Management of America, which manages 11 condo associations from Pensacola to Panama City, Florida. “We have a licensed general contractor on staff, so we do a lot more building-related maintenance, corrections, and improvements than most companies,” said Kent.

When looking for a property manager, boards should seek out companies that not only fit them size-wise, but that specialize in their type of building. “We don’t specialize in buildings with vacation rentals, like some management companies do,” said Kent. “We’re a good fit for mid-sized condominiums that don’t have full-time staffs, who aren’t looking to rent out their units.”

For some buildings, the ability to market and manage its vacation rentals is the biggest factor in choosing a management company. For others, it’s all about service. “That’s usually what it comes down to,” said Mary Kraemer, a Destin, Florida attorney at Matthews, Jones & Hawkins. “Associations want management companies that are responsive to their needs.”

No matter what your association’s specific needs are, you should follow a few simple rules when selecting a management company: interview as many firms as possible; make sure the manager is a good fit, personality-wise, for your board; check each firm’s credentials, certifications, and references; and determine in advance how much time the manager is expected to be on site.

Sometimes it’s necessary to fire your management company before hiring someone else. When doing so, first check with your real estate attorney. Even though most contracts include no-cause termination clauses, it’s still wise to document reasons for the split.

5 Responses to Hiring (and Firing) A Property Management Company