Coming Soon to a Dinner Table Near You 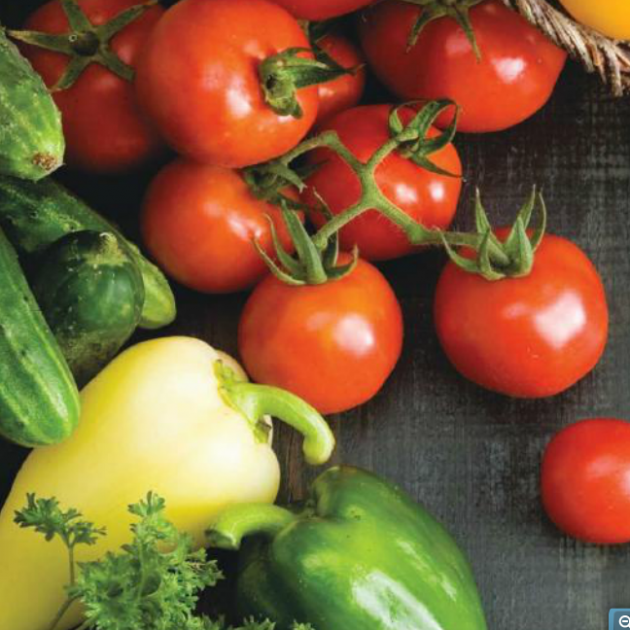 Thanks to cooperative efforts among local farmers, a produce distribution company, and the city of Foley, Ala., consumers along the upper Gulf Coast in Alabama and Florida will be able to enjoy more access to fresh, local produce—whether on the dinner plate at home or served in an area restaurant. Along with benefiting the restaurants that promote the produce on their menus and the people who enjoy eating it, the efforts also promise to have long-termed benefits for local farmers who grow the produce.

It’s a win-win-win situation, said Jeff Rouzie, director of economic development for the city of Foley. “After the BP oil spill in 2010, one thing we brainstormed about was ways to make our local economy more sustainable. We determined that if we could help support our area farmers, there would be a ripple effect of support. Our plan was to create a local food source for consumers (home shoppers and restaurants) within a 400-mile range. We have a tradition of farming here. Why should the produce we eat come all the way from California or Mexico? We knew that a farmer’s project would benefit us all and help support our traditional way of life, our heritage of family farms.”

The first step in the project happened in 2013, when the city of Foley opened the Coastal Alabama Farmers and Fisherman’s Market, located on a 32-acre site at 20733 Miflin Road, just east of US Highway 59, south of the outlet mall in Foley, said Heather Pritchard, market manager. “People like to know where their food comes from. When you buy at the market, you buy from the people who grow the produce or harvest the seafood. Small farms were on the decline around here, and we started the market to help them and to provide a place for home consumers and our area restaurants to buy local produce and seafood.”

The market is open on Saturdays from 9am to 2pm, but an onsite retail store is open the other days of the week. “The retail store carries local produce and items plus some supplemental things, like milk or bananas, to make it a more convenient stop for shoppers,” Prichard said.

With the market in place to help smaller growers, the next step was to find a way to work with medium to large growers and to service a larger area, said Rouzie. “The city recruited Gulf Coast Produce, a company from Biloxi, Miss., which specializes in the distribution of fresh, local produce. They have leased space in a 90,000-square-foot building in Foley, but some of that space is going to be used as a farmer’s aggregation facility—and that is the real key to making this whole thing work.”

Mike Murphy, manager of the Gulf Coast Produce Foley operation, said thanks to local growers, his company will be able to distribute the freshest produce available. “Produce distributed from our center in Foley will be grown in this area and distributed to this area, as well as to Gulf Coast Produce’s other operations in Biloxi, Destin, and Tallahassee. Right now, from the center in Foley, we are distributing to 184 restaurants throughout Baldwin County in Ala., and Escambia and Santa Rosa counties in Fla. Almost all of our distribution now is to restaurants (sometimes seven days a week), but we are working on lining up grocery stores, including Winn-Dixie, Rouses, Piggly Wiggly, and Fresh Market.” Eventually, the center hopes to also distribute to schools and hospitals in the upper Gulf Coast region.

The farmer’s aggregation facility is what really makes the Foley produce distribution center different, Heather Pritchard explained. “We got a $100,000 grant through the USDA, and one thing we purchased was a machine that will grade, sort, wash, and package whole fruits and vegetables. The farmers could always grow the produce here, but we needed this to be able to distribute locally grown produce. Larry Lovell, a fourth generation farmer from Loxley, has pulled together about twenty-five farmers so far who will be bringing their produce to the aggregation center.”

Soon, consumers will see labels on produce packages and restaurant menus promoting “Fresh from Foley,” Pritchard said. “It will be similar to the Alabama Gulf Seafood logo: something that tells you that when you buy it in the store or order off the menu, you know you are eating local. There is a demand for this. If we can grow it here, we know we can sell it.”

All the produce coming out of the distribution center in Foley will be HACCP compliant (a management system that addresses food safety) grown by farmers who are compliant with GAP, good agriculture practices, Murphy said. “What all that means is that consumers can trust the source of the product.”

Along with its operation in Foley, Gulf Coast Produce has distribution centers in Biloxi (served by local Mississippi growers), Destin, and Tallahassee, which means a huge potential market for local growers throughout the region, Rouzie noted. “There’s a multimillion dollar business in produce distribution between Tallahassee and Biloxi and north to Birmingham. The demand for fresh produce is here, but local farmers haven’t had the advantage of organization before. Farmers are experts on growing, not on marketing and distribution. This now gives the farmers more control, more sustainability, and a larger market for their produce. And it gives consumers more local produce.”

Besides helping today’s farmers, it will help generations yet to come, Rouzie said. “Tomorrow’s farmers will be using more high technology to farm. There’s a great interest in growing with hydroponics, for example. The demand is here, the technology here. It’s really a good time to engage consumers and educate young growers about opportunities that didn’t exist before all this came together.”

According to Murphy, several local farmers are adding large greenhouses to their farms, which will only add to what can be distributed to restaurants and more through Gulf Coast Produce. “With these, they’ll be able to grow things like tomatoes in the winter—and you’ll start to see fresh, local tomatoes on restaurant menus around here, even in the winter. Farmers are excited about this. The missing link has been a way to distribute produce at a good cost, and that’s the link we are adding with the farmer’s hub in Foley.”