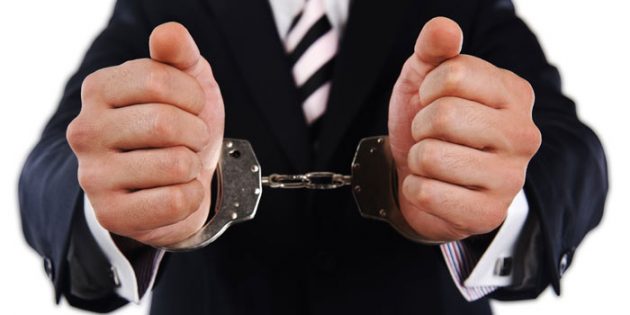 TALLAHASSEE–In early May, the Florida Senate unanimously approved a bill that imposes criminal penalties on condominium violations such as electoral fraud, theft of funds, and conflicts of interests. The state House already approved in late April a similar measure, also unanimously.

The bill is now waiting for the governor’s signature or veto, though many experts predict it’ll be signed, not squelched.

Is this type of law necessary? Or is it overkill? Here, we explain the potential new law and get feedback from experts on whether they think it’s wise.

There are many additional provisions to tighten oversight and penalties on condo boards, including the creation of a felony offense for board members who withhold condo association records to commit or cover up a crime.

“Personally, I think it’s good from the perspective that it reiterates what’s already applicable law and maybe highlights it and defines it in greater detail,” says Bill Worrall, vice president of FirstService Residential in Hollywood, Fla., which manages 1,300 condominium and homeowner associations totaling 310,000 residential units.

“Managers in Florida are required to work ethically and honestly, have a community association management license, and to fulfill some education,” Worrall adds. “Board members are also required to do some things and have a background that’s clean, to a certain extent.”

Maybe It’s a Bit Much

Outside of Florida, community association experts aren’t sure the provisions imposing criminal penalties for election fraud and theft of funds are necessary.

“I certainly think it’s overkill,” asserts Jeff B. Smith, an associate attorney who specializes in representing associations in covenant enforcement and litigation matters at Hindman Sanchez in Lakewood, Colo. “In Colorado, we don’t have anything quite like this that would impose criminal penalties in those specific situations.

“The other issue is that there are a lot of definitions I’d need to evaluate this more thoroughly,” says Smith. “For instance, what are these legislators determining to be electoral fraud?”

For Amy Tinetti, a shareholder at Hughes Gill Cochrane Tinetti P.C., which represents hundreds of condos and HOAs in Northern California, electoral fraud and theft aren’t particularly common in her practice.

“I don’t think this legislation would be necessary in California,” she notes. “I don’t really see issues of electoral fraud. We have a system in place specifically designed to avoid that. I also don’t usually see theft of funds with boards. We’ve had issues with managers and theft of funds, but in my experience it’s not with boards.

“There are also laws in California covering conflicts of interest and disclosure obligations,” says Tinetti. “I think we already have systems in place to penalize people for these. I don’t see it as such a problem that we need to impose bigger penalties.”

Tinetti’s California colleague, however, does see the value. “I do think there’s a need for it,” says David C. Swedelson, the principal at Swedelson & Gottlieb, a law firm that represents associations in the Los Angeles area. “I’m not sure about the conflict of interest provision—I’d have to see more of what the legislature’s talking about.

“I was at a meeting last night, and there was a board member who touted himself as a good guy,” recounts Swedelson. “But he was targeting people who were targeting him and discriminatorily having those people cited for violations. There were also allegations that cars got keyed and windows were broken, and we believe it’s him.

“I also still recall the story in Las Vegas of a few years ago of those people who got themselves on to boards so they could direct business to third parties,” adds Swedelson. “If there were express criminal penalties, maybe it would thwart bad conduct. I’m not opposed to this type of legislation if it’s written well.”

The worry for Smith is that it’s hard enough to get volunteers to serve in associations, and laws like this might scare good people away. “These are volunteer board members, so I’d hope negligence wouldn’t be able to fall into these provisions,” he says. “And what if the manager is committing these infractions? Are the manager’s actions going to be imputed to board members, and will that open up a whole different can of worms?

“Most people are sitting on their board for maybe two hours a month and trying to make their community a better place,” concludes Smith. “I think this would greatly limit the pool of people who would agree to do that. If they commit egregious behavior, they’re already subject to personal liability and criminal statutes, if you can prove it. I don’t think you need special criminal statutes for an association.”