Can Insurers Afford Another Storm? 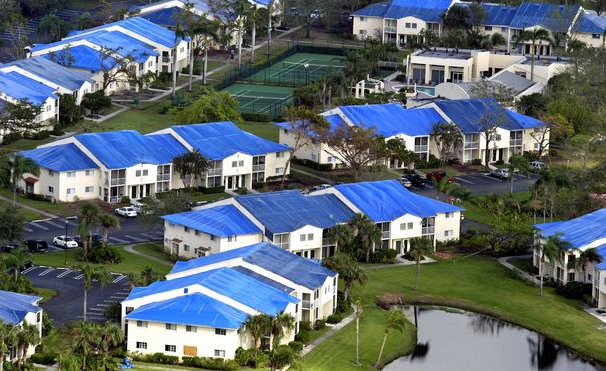 In 2005, the fury of hurricane season was unleashed when the effects of Hurricane Katrina were felt along the gulf coast regions of Alabama and Florida. And since that time, there has been an unusual “quiet after the storm” as six hurricane seasons have come and gone without much noise.

It was a much-needed reprieve following several years of active storm seasons that left the Florida and Alabama insurance industries in a state of disarray. Since that time, much ado has been made over insurance reform—how to keep rates from skyrocketing for owners and associations while still enabling insurance companies to recoup their losses and get on solid ground.

As the region enters the 2012 hurricane season, there is a realization from many that the gulf coast region will not be spared the wrath of Mother Nature forever, and the big question is, Can the insurance industry afford a major storm?

According to Lee Garrison, vice president of Wells Fargo Insurance Services in Alabama, most insurers are well capitalized at this point and should be able to handle their expected claims. “We are seeing the market harden up some and pricing for catastrophic insurance is firming up. Many of the insurance and reinsurance carriers are now using new modeling procedures to forecast their risks,” he pointed out.

With these modeling procedures, carriers look at past storms, damages and climate changes to forecast future catastrophic events. According to Grant Blackwell, president of Coastal Insurance located in Seagrove Beach, Fla., the models are based on major catastrophes or multi-storm events like the one that occurred in 2004. The 2004 hurricane season saw destruction from four major hurricanes in Florida—Hurricane Charley, Hurricane Frances, Hurricane Ivan and Hurricane Jeanne.

“These new models are showing that catastrophic pricing in certain areas has been underpriced due to what these models are predicting. We do believe 2012 will be a very important year in relation to catastrophic events,” Garrison said. “At this point there seems to be adequate capacity in the market to handle the demand for catastrophic insurance.”

“In a bad economy, insurance rates tend to be lower due to less demand,” Blackwell pointed out. “Associations are currently paying less per unit than they have paid in years.”

As the market moves in 2012, he noted that there is likely to be a slight hardening, which will result in some rate increases, but nothing dramatic. “It’s still very competitive,” he said.

In contrast, owners are likely to experience rate increases much like they saw in 2011—anywhere from 15-30 percent.

Following the 2005 hurricane season, Florida property owners saw a huge spike in rates, and the legislature responded by imposing a rate freeze on state-run Citizens Property Insurance, the largest insurer of homes in the state.

Three years later, the freeze ended, and Citizens was allowed to begin raising rates again to get to what Blackwell called an “actuarially sound rate.”

“The whole concept of insurance is to build funds to pay future losses,” Blackwell emphasized.

Blackwell and Garrison agree that new building codes should help reduce exposure and loss during any new major storm event, which in theory would ultimately lower claims and premiums over a period of time. “The debate that goes with this is the fact that Americans are adding billions of dollars in coastal property exposure every year. Due to the slowing economy, this has slowed down. However, in the long term, the trend is expected to continue,” Garrison said. “The more property exposed, the greater number of chances for claims due to catastrophic weather. Hopefully building technology and local building codes will continue to move in a progressive fashion.”

Blackwell noted that even with the storms occurring six to seven years ago, there was no comparison between properties built before the new codes were enacted and those built after. “The building codes have proven to work,” he asserted. “The older buildings didn’t fare as well, and the date of construction had a major effect on destruction and loss.”

Garrison said that he always encourages clients to make sure they are placing their coverages with highly rated insurance carriers. “We also encourage our clients to closely look at the details of their insurance program whether they are located in Alabama or Florida or wherever,” he emphasized. “There are wind pools, shared-limits programs, etc., that deserve a solid review from the client.”

Also, he pointed out that many financial institutions will not accept certain types of insurance programs as sufficient collateral for a condominium unit, home or business, as banking has changed drastically over the last few years.

“Owners are often told they need contents coverage, but they are also responsible for building out the unit to a degree,” he said, pointing to such areas as flooring, kitchen cabinets and counters. “The biggest mistake is not carrying enough additions and alterations coverage.”

Looking ahead, Garrison suggested that the primary way to reduce insurance costs and keep rates on stable footing is for everyone to work together to find ways to mitigate future claims with innovative ideas. “Insurance is the spread of risk, and so we all have a part to play in reducing claims by being smart with our decision making,” he said. “From building codes to emergency action plans, we all have a role to play.”