But The Disaster Didn’t Happen Here… 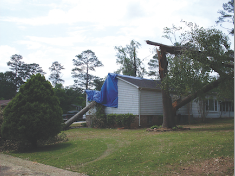 Recent catastrophic events around the globe and close to home—from Japan’s earthquake and tsunami to the historic tornado outbreak (including a 24-hour record of 178 confirmed tornado touchdowns) that devastated communities in the Southeast region as well as the current flooding along the Mississippi River—could cause insurance costs to stop falling and even cause a rise for condo associations in coastal Alabama and Florida, according to both national and local insurance professionals.

“While we have seen some pretty good decreases in property insurance rates along the Gulf Coast in the last four to five years, 2011 has already been a very active year in terms of disasters,” said Kevin McCarron, president of the Orange Beach-based McCarron Insurance Group Inc., which specializes in coastal risk.

Speaking at the 2011 Condo Owner Educational Symposium and Trade Show held May 5-6 at the Erie Meyer Civic Center in Gulf Shores, McCarron added that he does not anticipate the rate increases to be as large as those this area experienced in 2004 and 2005. “However, association boards should budget at least as much for this expense in 2012 as they spent in 2011,” he advised. “Don’t budget for a decrease, because we are already seeing the market tighten a bit and you want to be on the safe side.”

Betty Bronnenberg, secretary and treasurer for SunSwept Condominium Association in Gulf Shores, said many condo owners are accustomed to rising dues for expenses like maintenance, security, and attorney and engineering fees, as well as catastrophic insurance on the building itself. However, owners might not realize the effect a 9.0 magnitude earthquake and tsunami in Japan could have on insurance rates the association pays on behalf of the unit owners, so it might be wise to prepare them for this possibility in the near future.

Reinsurance premiums, paid to an insurance company from another insurance company as a means of risk management, could very well rise as a result of catastrophic world events, according to Marc Tract, an attorney specializing in insurance and corporate law and a partner at Katten Muchin Rosenman in New York. This could, in turn, affect property insurance rates for condo associations, he said.

Claims for Japan’s earthquake and tsunami have already been estimated at between $20 billion and $30 billion, including damage calculated at $44 million on the West Coast of the United States, according to preliminary estimates from AIR Worldwide, a catastrophe risk modeling and consulting firm. These estimates could continue to rise, causing further market fluctuation. Additionally, according to the Insurance Information Institute (III), four of the five costliest earthquakes and tsunamis of the last 30 years have occurred in the last 13 months. The February earthquake in New Zealand caused losses of $10 billion, and the earthquake and tsunami in Chile caused an estimated $8 billion in insured losses. Other losses for reinsurance companies include massive floods in Australia, two damaging windstorms and the Deepwater Horizon oilrig explosion.  Catastrophe modelers EQECAT Inc. and AIR Worldwide Corp. have predicted total insured losses resulting from the April tornadoes and storms in the Southeast could range from $5 billion and $7 billion.

“I think (all of this) will affect U.S. rates ultimately,” Tract stated. “At some point, someone has to pay.”

Because reinsurance is global in nature, with risk spread over a wider audience, local condo associations should expect rates to remain flat or go up slightly when the reinsurance annual contracts covering Florida and the southeastern United States are due for renewal in June and July, according to A.M. Best Co., Inc., a rating agency.

In addition to recent environmental disasters, insurance policy holders on the Gulf Coast are still feeling the effects of Hurricane Katrina six years later according to III. Many insurers reduced the number of policyholders they insure in high-risk areas and added hurricane deductibles to property insurance policies after this event.

William Eyre Jr., managing director of the reinsurance brokerage at Towers Watson, said in the firm’s review of rates at the April 1 renewal season, “The 2010-2011 losses are widely believed to be more of a significant ‘earnings’ event rather than an impairment to capital. The 2006 rate increases that followed the devastating 2005 storm season, which included Hurricane Katrina, were the last time the industry had real and sustained pricing power.”

Disaster losses along coastlines are also considered likely to escalate in the coming years because of huge population increases in these areas. Data from the Census Bureau, collected by USA Today, show that 34.9 million people were seriously threatened by Atlantic hurricanes in 2006, compared with 10.2 million in 1950. Over the 20-year period 1990-2009, hurricanes and tropical storms made up 45.2 percent of total catastrophic losses.

Meanwhile, at Weather Services International, forecasters are already predicting another active hurricane season for 2011. Since insurance premiums not only pay for the events that have already happened but also create a pool of resources for future events, this may cause rates to go up.

According to Reuters, reinsurance prices have been falling across most of the market for nearly three years. According to the institute, despite the ongoing demands of several major losses in the most expensive first quarter on record for the insurance industry, the insurance and reinsurance industry appears to have the financial strength to pay claims for the earthquake and tsunami. It is still too early to tell what type of impact the recent events closer to home will have on this year’s rate.

Aon Benfield, the global reinsurance intermediary and capital advisor of Aon Corporation in its latest edition of its Fac Quarterly report reveals that this was the worst quarter ever for the facultative reinsurance market in terms of loss experience.  “This high level of loss activity has reversed the trend towards facultative rate reductions seen during 2010, leading to the potential of increased pricing in the most impacted territories during 2011.”

WASHINGTON—In May, the National Oceanic and Atmospheric Administration (NOAA) reported that it expected an above-normal hurricane season this year for the Atlantic basin.

Each of these ranges has a 70 percent likelihood, and indicates that activity would exceed the seasonal average of 11 named storms, six hurricanes and two major hurricanes.

“The United States was fortunate last year,” said Jane Lubchenco, Ph.D., under secretary of commerce for oceans and atmosphere and NOAA administrator. “Winds steered most of the season’s tropical storms and all hurricanes away from our coastline. However, we can’t count on luck to get us through this season. We need to be prepared, especially with this above-normal outlook.”

Climate factors considered for this outlook are:

• Warm Atlantic Ocean water. Sea surface temperatures where storms often develop and move across the Atlantic are up to two degrees Fahrenheit warmer than average.

• La Nina, which continues to weaken in the equatorial Pacific Ocean, is expected to dissipate in June, but its impacts such as reduced wind shear are expected to continue into the hurricane season.

In addition to multiple climate factors, seasonal climate models also indicate an above-normal season is likely, and even suggest we could see activity comparable to some of the active seasons since 1995,” said Gerry Bell, Ph.D., lead seasonal hurricane forecaster at NOAA’s Climate Prediction Center. u