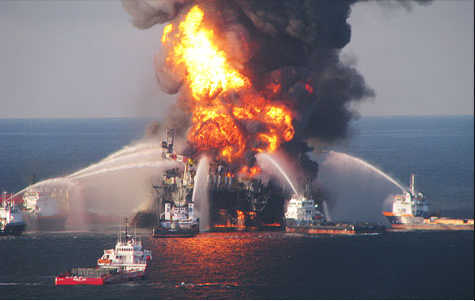 On April 20th, 2010, the Deepwater Horizon oil rig exploded in the Gulf of Mexico killing 11 people and causing unprecedented catastrophic damage to the entire gulf region.  This oil spill, the largest in petroleum industry history, ejected 210 million gallons of oil into the gulf.  The economic damages were also without historical equal.  From Texas to the Florida Panhandle, no areas were spared from its impact.  The spill had devastating impacts to many industries including fishing, oil exploration and oyster harvesting to name a few.  The 3-year impact to tourism alone is estimated at $23 billion.

Most vacation condominium owners on or near the Gulf experienced drops in revenue of 10-50%, and some even more depending on the proximity to the spill.  And while many have filed claims in the four years since the explosion, many have not. The filing deadline is not yet known, as court action must first take place to determine the actual date.  However, once the settlement agreement is approved, claimants will have only 6 months to file a claim.

As it often takes time to locate all the documents necessary to file a claim, as well as complete the claim documents, themselves, it would behoove any condo owner who has not yet filed a claim to consider doing so sooner rather than later.

Who is still eligible to file a claim?

With respect to real estate owners on or near the gulf, anyone owning a residence, vacation home, investment property or business (eg, hotel, motel, shopping mall, etc.) should consult an expert to evaluate their individual situation.

Since virtually anyone located in the gulf region (whether located directly on the beach or not) was impacted by the oil spill, experience has shown that greater than 95% of property owners have a valid claim.  Even condo owners who don’t rent out their property and use it as a vacation home (or primary residence) likely still have a claim.

Further, anyone who sold a property in the gulf region in 2010 after the oil spill occurred, likely also has a claim.

Since the process moved away from the original Gulf Coast Claims Facility (GCCF) to the current Deepwater Horizon Claims Center (DWH), the standard for showing a loss has become more advantageous on the side of the claimant.  Many people who filed claims in 2010 or 2011 and were denied, have filed subsequent claims and received compensation. But how the claim is filed is critical, so it’s important to work with an expert who is experienced with the filing process and understands the documentation required to calculate each claimant’s loss.

In closing, don’t let the complicated process or the time that has lapsed since the oil spill discourage you from filing.  The Trust Fund established to compensation claimants still has billions of dollars remaining and claims are being settled everyday.

Ryan Lykens, CPA, CTP is a real estate investor and Director of Finance for a Fortune 100 company who founded OilSpill Recoveries, LLC in 2010 to assist individuals and companies with the filing of claims related to the Deepwater Horizon oil spill. He is originally from Panama City Beach, Fla. and currently owns two condominiums in the area—both of which, he feels, received fair settlements following his claim.  Lykens may be reached at (502) 523-7873 or [email protected]