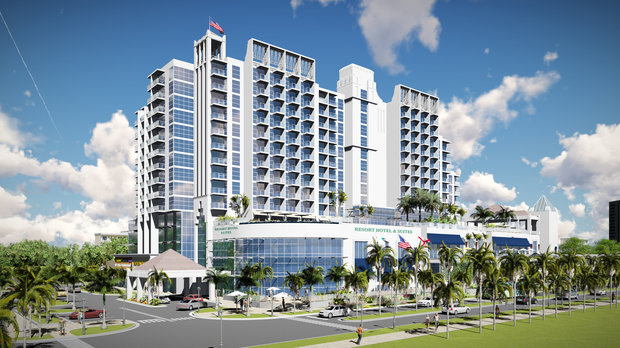 When the city of Gulf Shores announced plans to partner with a private developer to build a 240-room hotel and conference center near its public beach, social media lit up with criticism.

On Facebook, the backlash dwelled on a common theme: The city is overdeveloped by the tourism industry and elected officials are not looking out for longtime residents.

“We hear them,” said city spokesman Grant Brown. “Traffic and infrastructure is the largest concern for the City Council and mayor and the city staff, just like it is for the people. But being able to do developments like this gives us the ability to make improvements necessary by forcing developers to help pay for improvements.”

The uproar in Gulf Shores comes a few weeks after another hot-growing coastal city, Fairhope, imposed a six-month halt on development of new subdivisions and large-scale residential complexes.

The Fairhope vote came amid concerns from residents about how the city’s growth was affecting sewer, drainage and other public infrastructure. Studies are expected to be conducted on how much capacity is available in the Eastern Shore city to accommodate the continuing population influx.

In Gulf Shores, unlike in Fairhope, city officials are not planning a temporary halt to growth. Instead, they urging critics to consider the full story of the new hotel, which will feature negotiated agreements for additional infrastructure and parking.

Gulf Shores, on Jan. 6, announced a partnership with a Birmingham-based development team to build a full service hotel, spa and meeting facility on city-owned property at the corner of West Beach Boulevard and West 1st Street. The hotel will face the Gulf of Mexico, but is not located on the public beach.

The estimated $80 million project is not being financed with taxpayer money, although various aspects of the deal remain in negotiation between the city and development team. The hotel will be located on two acres that the city purchased in 2010 at an amount that was not to exceed $3.5 million.

Keivan Deravi, an economist at Auburn University in Montgomery – who has compiled economic impact reports on state travel since 1999 – is analyzing the economic impact of the hotel project. His report is expected soon.

Brown said Deravi’s analysis will help the city understand the value of the project to the public, and will give city officials more information as talks continue on what type of public improvements will be expected of the development team. The team is led by Birmingham developer Ron Durham and architect Mack McKinney.

Brown said, “It’s going be an issue with our infrastructure … We are not plopping down a hotel without considering roadway improvements which are being planned and funded.”

The hotel is expected to serve as an anchor to a mixed-use development that includes a restaurant, street-level retail and a third-floor pool deck overlooking the beach.

Mayor Robert Craft, in the city’s news release, said he plans to bring the development before the City Council for a vote in the “next several weeks.”

Brown said the hotel will serve as a key feature along the city’s redeveloped Gulf Beach District, which aims to make Alabama’s most visible public beachfront safer and more accessible for pedestrians and bicyclists.

The city is investing $15 million into a three-phase project that will add boardwalks and wider sidewalks to the half-mile stretch. It is also constructing new park-like settings, which will serve as main entry points for visitors.

The first phase began in November, and will be completed on May 6. That $4.5 million phase is on the project’s western-most edge near the hotel site, and will include new landscaping, expanded parking, renovated restrooms, new seats and shade structures and a new beach safety headquarters.

A subsequent phase, which encompasses The Hangout and the main public beachfront, is scheduled to begin in October after the National Shrimp Festival. That portion will be completed by April 2018.

Brown said the city’s commitment to the beachfront project spurred interest in the hotel development from private interests. He said the city obtained “four very viable projects” while seeking proposals for the two-acre site.

“Once the City Council funded and started to construct to make these improvements, you got the development community saying, ‘What a great opportunity for us to spend our money and capitalize on their improvements,'” Brown said.

Demand for more hotel spaces is also rising for Gulf Shores, where there are a limited number of short-term lodging options for large-scale sporting events. Also, the coastal Alabama area has a shortage of meeting rooms for large conferences, which often head to major hotels in the nearby Florida Panhandle.

Beth Gendler, vice president of sales with Gulf Shores & Orange Beach Tourism, said that of the coastal area’s 17,000 rooms, fewer than 2,500 are within hotels. She said a majority of the existing hotels have “limited” meeting spaces, which prevents the area from attracting large corporate events or prompts Alabama associations to go elsewhere to host events.

The new hotel’s meeting space would complement the new Lodge at Gulf State Park, which is a Hilton hotel project slated to open in 2018. The $135 million hotel and conference center will be able to accommodate 1,500. Its construction is being financed, in large part, with BP oil spill settlement money.

And the two new properties will in turn complement coastal Alabama’s largest convention facility, the Perdido Beach Resort. That complex, which includes 350 hotel rooms, has close to 50,000 square feet of meeting space. Its ballroom, for example, can seat about 800 people for trade shows.

“It’s a great property for meetings and conventions, but only having one in the destination (is not enough) compared to Sandestin,” said Gendler. “They have double or triple the meeting space we have currently.”

Said Gendler: “We feel like the addition of these two new properties will help us not turn away so much business and open the doors to bring in more corporate and regional business. It opens us up to people who don’t know we exist.”

Brown said the city is already planning for transportation options for hotel guests, saying that a possible trolley system could be introduced to move visitors to and from Gulf State Park. He said the plans are in the early stages.

The hotel’s demand comes at a time when Baldwin County continues its rapid influx of new residents to coastal cities like Gulf Shores and Orange Beach and to the Eastern Shore cities of Fairhope, Daphne and Spanish Fort.

Baldwin County’s growth, according to Census data, is the fastest of any Alabama county this decade.

Baldwin is also growing faster than almost all of its coastal competitors in Florida. Of Florida Panhandle counties with popular beaches, only Walton County – which is much smaller in population than Baldwin County – grew at a faster clip from 2010 to 2015.

On top of that, coastal Alabama’s 32 miles of white-sand beaches remain, by far, the state’s hottest tourist attraction. According to statistics compiled by Gulf Shores & Orange Beach Tourism, sales and lodging revenue has increased each year since the region was damaged by the 2010 BP oil spill.

But the surge is prompting residents to call for a slowdown, especially near the beach cities where peak summer travel months creates traffic headaches along popular stretches of roads such as Alabama 59.

“These types of reactions in Fairhope and Gulf Shores are natural, they are expected and I think if the residents and the planners and the city officials can find ways to work together, ultimately the growth will occur … It’s how they manage it which is important,” said Reid Cummings, director of the University of South Alabama’s Center for Real Estate and Economic Development at the Mitchell College of Business. “I can see residents saying, ‘Gosh, we don’t really want these residents here because where do I park?'”

For the residents who view the development as too much and too fast, they have a sympathetic ear from local economist Semoon Chang.

Chang, who has been critical of Baldwin County’s lack of development regulations, said that many residents in Gulf Shores and Orange Beach may not have a “true understanding” of the quality-of-life aspects to be derived from a true public beachfront.

He has urged the coastal Alabama area to develop land use plans that can gradually take waterfront properties for public use, implement stricter building codes that can protect new and renovated buildings and limit the number of beachfront festivals.

“It is good but well overdue to question past ‘development-first’ policies,” said Chang. “Development and beachfront activities that bring more money to the community do not necessarily contribute to greater quality of life.”

Baldwin County Commission Chairman Chris Elliott said the challenge for Baldwin County cities and unincorporated area is to ensure that future development is “the right kind of development.”

“There is limited ability in the commission’s case to stop development,” Elliott said. “We don’t have that legal authority. I know some constituents want us to do that, but  I don’t think that is what Baldwin County is about or what Alabama is about in general. We do the best we can … to preserve the quality of life while respecting the rule of law and do the best we can to keep up with the infrastructure problems. It’s a difficult balancing act.”