Are They Meaningful To The Gulf Coast? 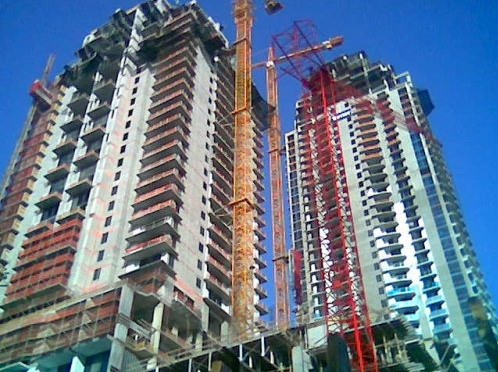 Recent reports from south Florida show that the inventory of resort condos built during the real estate boom is being rapidly reduced in coastal areas like Sunny Isles Beach, coastal Hollywood and Hallandale Beach. Now developers are announcing plans to build a residential condo tower in downtown Miami, just north of South Beach, and proposing a 26-story tower of rental condos for downtown Fort Lauderdale. So the question is, can towns like Gulf Shores, Orange Beach, Destin and Panama City Beach look to this as a sign of things to come in their own condo market?

According to Peter Zalewski, a principal at Condo Vultures, LLC’s Bal Harbour, Fla. office, south Florida may well serve as a laboratory for other coastal markets in the southeastern U.S. “Historically, coastal development started in Miami and then moved to areas like Naples and Orlando and later to places such as Jacksonville, the Carolinas, northwest Florida and the Alabama coast,” Zalewski said. He also pointed out that the boom and bust of the coastal real estate market occurred earlier in south Florida than in areas further north and, thus, may be rebounding faster as part of this cycle. “During the early 2000s, south Florida’s real estate market was like a locomotive, moving forward like crazy with all sorts of construction. Then we hit the brakes at the end of 2005, but still went off the cliff at the end of 2006. I think other areas peaked a year or two later than we did, so it seems likely that [south Florida] is coming back quicker, and we may see the same pattern [in other areas] as prices start going up in south Florida and investors look to outlying coastal markets as the next best alternative for finding a good return on their investments.

While the trend of boom, bust and rebound may follow a south to north pattern, the dynamics of each market tend to differ. Types of buyers and personal investment incentives, single or bulk purchases, cash payment vs. mortgage, rental potential vs. second home or permanent residence, and access and atmosphere can all be factors in the potential rebound of an area.

According to Zalewski, while “a growing number of international vacationers” have boosted the south Florida market, “a significant factor affecting this market is an influx of foreign investors “looking to buy in bulk – usually 20 to 30 units at a time.” He explained that the largest infusions of capital is coming from European and South American investors, and three-quarters of the current buyers are purchasing units with the intention of receiving enough rental income to cover their costs and make a small profit. “Only about one-fourth of the buyers are people purchasing a condo as a second home or family vacation spot,” he said.

According to Zalewski, the reasons foreign investors are interested in the south Florida market is due, in part, to situations in their home countries. For example, he said that buyers from Brazil and Columbia have seen their national economies boom recently and have the prosperity to invest, while buyers from Venezuela and Mexico and some parts of Europe are concerned about the stability of their nations’ economies and are looking for safer places to put some of their money. He said that while domestic investors have often sought a 20 percent annual return, the current group of foreign investors are looking at a five percent return, and the smaller income expectations may be reflective not only of the realities of today’s real estate market, but also may relate to situations in the buyers’ home countries.

But, Zalewski admitted that whether or not these situations will continue and ultimately bring investors from these countries to the northwest gulf coast is difficult to predict. He suggested that perhaps the foreign investors most relevant to the northwest gulf coast real estate market would be Canadian buyers, most of whom are snowbirds seeking a warmer winter home. Zalewski said they tend to seek out great deals in the lower end of the south Florida market, generally looking for condos priced at less than $300,000, while Latin American and European buyers are focused on higher-end units, priced at $700,000 and up.

Linda McKnight, lead listing agent at Tidewater Beach condominiums in Panama City Beach, said, “I have not had any Canadian or foreign buyers.”

McKnight said that the market in her area is being driven by people seeking a vacation spot for themselves and their families and friends. Newer condos are in highest demand, with most area condo sales in 2011 taking place in buildings built since 2003, she said. “About 400 sales have occurred this year in the newer gulf front buildings and an impressive number were in Tidewater Beach with over 90 sales or 23 percent of the total. The nearest competitors were Majestic Sun, completed in 2007 with 49 sales, and Tropic Winds, with 37 sales, which is still selling out original developer units,” she said. (59)

However, rental income is only part of the incentive to buy, she added. “In the past year, many of our buyers at Tidewater were first time “second home” buyers that have watched the market for years and have finally found the right price for the gulf front property they have been wanting. Many intend to use their condos themselves for family vacations and will then offer it as a seasonal vacation rental. We even have several buyers who are making Tidewater their permanent, full-time residence. We have very few investors buying strictly for investment purposes due to stricter financing criteria.” (100)

McKnight said about half of the buyers she works with have paid cash, while the rest have obtained financing through Vision Bank in Panama City Beach, which requires 20 percent down.

Amy Stehmeyer, director of real estate sales at Spectrum Realty, LLC of Alabama, said her company, which sells units at Turquoise Place, The Beach Club, and Caribe, the Resort has not been getting inquiries from foreign buyers, and rental income is not typically a deciding factor for buyers. “Buyers here realize that it would cost more to rebuild/replace the existing condos for sale than what they can buy them for now,” she said. “Also, people are realizing that the price per square foot has been stable for almost two years and the inventory is down to seven percent. We feel that the lower inventory and price stabilization here will not be conducive to the same type of investors as in south Florida.

Bob Shallow, owner/broker of Re/Max Paradise in Orange Beach, said buyers in his area are local or from places in northern Alabama, Louisiana and Texas. “What we are seeing here are folks with cash finding good deals for high quality coastal condos.” Shallow, who is part of a corporation that has purchased condos in bulk at the Wharf, Sunset Bay and Visa Bella, most of which were quickly resold, also confirmed that some buyers, like south Florida buyers, are making bulk purchases of condos in some areas on the Alabama coast with the potential of rental income a factor in the decision to purchase.

Zalewski said low prices, cash sales and investment potential is driving nearly all resort condo sales in south Florida. “What’s happening here is a growth in demand from ‘all-cash’ buyers from abroad,” Zalewski said. “Some are achieving their goals for return on investment in 18 months and then re-selling some units to test the market, leading to some increases in sales prices in some areas, but financing is still not widely available for those looking for more traditional mortgage arrangements.”

Until buyer demand increases, the investors are able to earn a decent income for rentals, especially when they buy units in bulk, Zalewski added. “As their families, friends and associates learn about the opportunity for immediate cash flow from these investments, interest in the market grows, resulting in lower inventory and, eventually, higher sales prices,” he said.

Because of this, Zalewski said he believes that other coastal areas, such as the northwest gulf coast, should benefit from foreign and domestic investors seeking to get in on good deals in the south Florida resort condo market. “At the end of the day, investors respond to price, and prices for beachfront condos have gone down dramatically since the recent real estate boom. As the Miami area rebounds, people will start looking at other coastal areas for similar opportunities in real estate, especially with the volatility of the stock market. I think this area is the canary in the coal mine when it comes to resort condo sales and what we are finding is that things are now moving in a pretty positive direction, which may very likely spread to other coastal areas.”

Zalewski also wished to emphasize the importance that access and atmosphere play in a real estate condo market. He said the strong rental market for resort condos in the Miami and Fort Lauderdale areas is aided by the easy air access to and from South America as well as the year-round tropical climate. “People from Latin America have been traveling to the Miami area for vacations and long weekend getaways for quite awhile,” Zalewski pointed out. “They like the international atmosphere and the diversity of this area and they like the convenience of the large airports. You can get to Miami from Bogota, Columbia, in less than three hours.”

McKnight agreed access is important. Many investors in northwest Florida are looking for properties that provide vacationers with easy access in and out of town, as well as multiple on-site amenities, she said, adding that buyers are responding to the new buildings in Panama City Beach as well as Pier Park and the new airport. 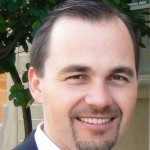