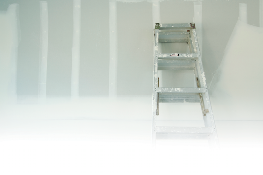 By now, you have probably heard about Chinese drywall and the concerns over the potential harm to property and health that it poses to homeowners. The first reports to reach the public came out of South Florida in 2008. It is now believed that Chinese drywall was incorporated into homes and buildings in more than 20 states during the housing boom of 2004 to 2007.

Construction along the Northern Gulf Coast was affected not only by the housing boom but also by Hurricanes Ivan, Dennis and Katrina, to name a few. In the aftermath of these storm events, many condominiums underwent significant repairs that included the large-scale replacement of drywall. At the same time, new condominium developments were popping out of the ground, which, likewise, required massive quantities of drywall.

These factors resulted in building materials being in short supply. As a result, some American developers and contractors began importing Chinese-made drywall because it was available and it was cheap. It has been reported by the Associated Press that more than 500 million pounds of potentially tainted drywall was imported into the United States from 2004 to 2007.

The tainted drywall has been identified in numerous condominiums in South Florida, and it is now being discovered inside condominiums in Northwest Florida and Southwest Alabama. Homeowners and condominium owners are growing concerned that this Chinese-made drywall is giving off fumes that rapidly corrode metals such as copper air conditioning coils, electrical wiring, silver jewelry or utensils, and some home appliances. The fumes are said to give off the smell of rotten eggs. The problems have been attributed to the use of fly ash in the drywall, which is a waste product from coal burning that degrades in the presence of heat and moisture.

Those concerns seem to be warranted as the U.S. Consumer Product Safety Commission (CPSC) released a statement on Nov. 23, 2009, indicating that a study of 51 homes confirmed a strong association between homes with the problem drywall and the levels of hydrogen sulfide and corrosion of metals in those homes. The CPSC went on to state that while drywall-related corrosion is clearly evident, long-term safety results are still under investigation. Homeowners have reported respiratory tract infections, sinus problems and nosebleeds.

The presence of Chinese-made drywall may be more difficult to identify in condominiums since they are typically used on a seasonal basis. Therefore, the HVAC units may not be running as often, which aids in circulation of the corrosive fumes.  Further, due to the nature of hurricane-related repairs in condominiums, it is likely that only certain areas of sheetrock required replacement, such as the lower portions of the walls.

Common building-related symptoms of the product are the continuous failure of air conditioning coils, corrosion and blackening of wiring and jewelry, failure of electrical appliances and, of course, foul odors coming from your walls. You can also look for markings on the backside of walls in areas where you may find unfinished drywall. Chinese characters or the words, “made in China,” would indicate drywall manufactured in China. To further complicate matters, there are as many as 36 different markings on Chinese drywall, according to some sources.

The only logical solution to the problem is to remove the tainted drywall from your home and replace it with quality drywall. Drywall is easily crumbled and reduced to a powdery form, so you should not remove it yourself. Non-functioning electrical appliances and HVAC equipment will need to be replaced as well. The CPSC is expected to issue a protocol for the identification and remediation of this problem, but until that occurs, it is a gray area that is being continually debated.

Another topic of debate is the liability for construction-related repairs and replacement of property. The chief question is likely to be who will pay for all of this? Many homeowners are filing individual suits and joining class action suits. Before considering either, if you think you have Chinese drywall in your home or unit, you should consult with an attorney to provide advice specific to your situation. For instance, in Florida, unlike Alabama, a party claiming deficiencies in construction is required under Chapter 558, Florida Statutes to issue formal notice to the developer and/or contractor and allow for an investigation and an opportunity to propose a scope of repairs or otherwise reject the claim.