A New Day For VRBO.com 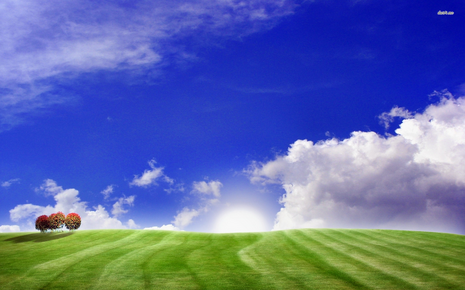 VRBO.com (Vacation Rentals by Owner) has long held a niche in the travel industry market as a leading site for individual property owners to market their condominiums, homes or other options to potential vacationers. Following the acquisition of VRBO.com by HomeAway in 2006, a number of expansions have occurred in recent years, including the opening of the site to property management companies.

Another milestone for HomeAway came a couple of years ago when online booking capabilities were enabled for listings as well as pay-per-booking, a commission-based listing model that allows owners and property managers to advertise their properties on the site with no financial risk, only paying a ten percent commission upon booking.  “This feature has opened the doors for owners and managers to either test the waters of the rental market or perhaps only open their property to be booked for small periods of time,” Gray said.

“Property managers are at the forefront of all the industry’s advancements and challenges,” Gray said, pointing out the integral role of these organizations in the vacation rental market. “HomeAway has always had property managers listing on our sites but we knew that forging a mutually beneficial relationship with property managers would be vital.”

For Jon Ducote, owner of a condominium in Panama City Beach, the impact of VRBO.com expanding the impact of the service line expansion comes down to two words— more competition. “It seems to be a betrayal of what the site is supposed to be — vacation rentals by owner,” he emphasized. “I wouldn’t think there would be any pros, except maybe it could help make VRBO more well known, which could drive more traffic to the site and benefit the owners eventually. But this probably wouldn’t make up for more competition.”

Ducote bought his unit in fall of 2013 and noticed in the fall of 2014 that there were suddenly many more units in his complex listed on VRBO, maybe twice as many as before. “Then I realized it was because my condominium’s onsite management company started listing all of their units there,” he said. “For a property owner’s unit to stand out among so many listings, it seems like we are now at much more of a disadvantage, but then again, we were already competing against those company-managed units anyway.”

Ducote believes that he can easily compete with rental management companies on price, and since the units are listed individually on the site, property owners are still on somewhat of a level paying field against the company-managed listings. With only one full year under his belt, Ducote acknowledged that it’s is too early to say if the added units will make a difference.

According to Gray, individual owners continue to be an incredibly large part of what makes HomeAway grow and be successful. “The average owner in the U.S. rents their vacation home 18 weeks per year and grosses approximately $28,000 in rental income,” he said. “The income owners receive from their rentals is so impactful that more than half (51 percent) of owners are able to cover 75 percent or more of their mortgage with rental income.”

Lee Ann Leonard, business development director with Royal American Beach Getaways pointed out that the greatest advantage to the company’s partnership with HomeAway, VRBO.com and VactionRentals.com is heightened exposure. “The more quality channels that we can feature [our owner’s] individual condos on, the more likely their condos are to get booked,” she said. “While our own marketing muscle packs a powerful punch—Royal American boasts more than 100,000 likes and more than 2.6 million page views between our two Facebook pages and websites—when you add the travel giant’s more than 65 million monthly visitors into the mix, the smaller ‘mom-and-pop’ type of operations just can’t compete.”

Gray noted that HomeAway site visits reached 752 million in 2013 and will be well surpassed in 2014, making the option a no-brainer for property management companies to expand their reach.

For Royal American, the nearly quarter of a million dollars invested to get the company’s owners exposure on HomeAway sites resulted in approximately 190,000 page views and around 10,000 inquiries for the first year.

“The next step in casting the largest net for exposure to our property managers’ listings is to employ third party distribution of their inventory,” Gray said. As he explained, in 2014, HomeAway struck a deal with Expedia.com to list 115,000 vacation rentals to their site, with plans to expand in the future from not only pay-per-booking listings but also subscription listings.

Rod Peevey, internet marketing director with Caribe Resort in Orange Beach, Ala., pointed out that while not mainstream, many property management companies were already setting up VRBO accounts for their owners prior to the expansion of services. “It was quite evident that this was going to happen because people were buying the accounts and putting the different numbers into management companies,” he said. “Once they were bought out by HomeAway, the company just announced it and it made it more prevalent for management companies to buy in.”

Peevey and Leonard both suggested that the idea of owners saving money by “going it alone” on HomeAway.com or VRBO.com is a charade. “According to one HomeAway survey, owners spend an average of 8.6 hours a week managing their properties. Additionally, few owners have the experience to understand how to yield rates and wind up leaving money on the table,” Leonard said. “A reputable rental management company is motivated to maximize returns because, if their model is commission-based, the company only makes money when the owner does.”

Peevey pointed out that independent owners often under sell their properties on VRBO.com for fear that their units won’t rent. “The condominium that fills up the fastest makes the least money,” he emphasized, adding that in the big picture, he believes they could more than recoup money they are leaving on the table by allowing a management company to take on the rental function.

Gray said that vacation renters benefit from the expansion via the enormous selection of vacation rentals now available on HomeAway sites. “We’ve grown to more than one million listings — quite a jump from the 130,000 listings we had upon acquiring VRBO in 2006,” he emphasized. “With everything from beachside condos to castles and private islands, it is our belief that HomeAway has the perfect vacation rental for every traveler’s needs.”