A Market On The Mend: Inventory Drops, Sales Climb 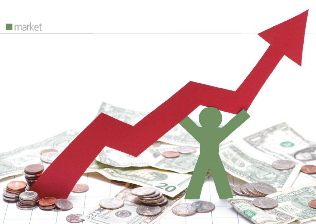 Steady climb in the number of condos sold in coastal Alabama and Northwest Florida over the past year, combined with a significant drop in the number of foreclosures and short sales on the market, is reducing inventory, bumping up demand and increasing the average sales price, according to area real estate professionals.

“Inventory is down to less than half of what it was a few years ago,” said Bob Shallow, owner of RE/MAX Paradise in Orange Beach. “It’s at the lowest point in years. The prices are not necessarily spiraling up yet, but the demand is up and inventory is down, so I expect the next big event in this market will be an increase in prices.”

In mid-June, the Alabama Center for Real Estate (ACRE) reported that Alabama Gulf Coast condo sales in May were up by 13.3 percent over April and that year-to-date condo sales showed an increase of 7.4 percent compared to 2011. As a result, coastal inventory in Baldwin County totaled 1,054 units at the end of May, a decrease of 2.2 percent from the previous month and 17.8 percent from the previous year.

Most significantly, inventory levels are now down 67 percent from the peak level of 3,244 units on the market in May 2007.

“We are all experiencing the tightening up of our market,” said Dotty Lou Farias of “The Pro Team” at RE/MAX of Gulf Shores. “The market is getting much better with less inventory and good demand.”

The Destin area is experiencing similar market conditions, according to John Paulsen, a Realtor with Crye Leike Coastal Realty. “Our inventory is going down and prices are still low, which creates a buyer’s market,” he said. “Short sales, REO’s (Real Estate Owned), and units that are priced right are moving. We are basically at prices from 10-12 years ago.”

ResortQuest’s Carmella Bell, said the inventory of active condominiums on the market is lower in all markets across the coast, according to statistical reports.

One factor contributing to the reduced inventory and market improvement is the drop in the number of foreclosed properties. As of late June, Farias said only five condos south of the Intracoastal Canal in Orange Beach, Gulf Shores and Fort Morgan were in foreclosure, according to MLS. “Also, there are only 23 short sales in the same area for sale today,” she added. “This is quite a bit smaller than last year’s numbers.”

Bell reported a significant decline in foreclosures in Northwest Florida. “In Fort Walton Beach, Destin and South Walton Beach, the number of closed condominium foreclosures in January through May of 2012 were down almost 20 percent compared to 2011, and the inventory of active foreclosures has decreased to about half of what they were last year at this time,” she said. “Condo-minium owners are avoiding foreclosure because they are more educated and successful at closing short sales.”

Shallow said foreclosures are down “because the banks are now working with the owners who are underwater and also because the rental market is good.” He added that BP settlements from the Deepwater Horizon well explosion in 2010 helped stabilize many struggling condo owners.

Even as these factors are creating positive market momentum, it is important to remember that condo prices took a serious hit when the national economic crisis hit the region in 2007 and 2008, real estate professionals point out. Although prices are starting to go up, sellers still need to be realistic.

“Foreclosures are down, but if you want to sell your property it needs to be priced to do so,” Paulsen advised. “If you bought in 2004-2005, you’ll be looking at a 50 percent price reduction on average.”

Even the definitions of the price ranges have changed, as Shallow pointed out. “When it comes to price range, what we are now calling the high-end units are those in the $700,000 to $750,000 range; units at Turquoise Place and Nautilus in Orange Beach have recently sold in that price range, which is about half of what they once sold for,” he said. “The $300,000 to $350,000 range is probably the hottest price range now.”

Farias said she is finding the middle prices the most challenging. “I have found there are buyers in the $250,000 and under range and then buyers in the $700,000 and up range,” she explained.

Both Baby Boomers and the Generation Y population are important to the condo market along this section of the coast, real estate professionals said.

“I think there has been a pent up demand for years for both the boomers and the early Gen Y crowd who couldn’t afford to buy when prices were high,” Farias said.

“They have been waiting for the bottom of the market. We have now hit the bottom, in my opinion, and are moving steadily upward toward what I hope will be a more healthy market for all. I have seen a lot more closings where rental income is not  of value to the purchaser because they want it as a second home.”

She added that current buyers are coming from several parts of the United States. “The only good thing that came out of the oil spill is that people around the country know that we exist now,” she said. “My experience is that the buyers who are unfamiliar with the panhandle will look in Destin and other parts of Florida, but a majority come back here because of the value of the product being offered along the gulf and back bays.”

Shallow said he expects Baby Boomers to be the biggest group of buyers for the near future. “I think some of them were planning to retire and postponed it after losing money in the stock market or other investments,” he said. “But I think we will be seeing more of them buying condos as second homes or retirement homes, so they will be a big influence. People in the 35- to 50-year bracket are also buying, investing and renting out condos. They are finding they can enhance their lifestyle with a nice vacation home, let friends and business associates use it, gain some rental income and probably get a return on their investment someday.”

Unlike some markets, such as South Florida, this area is not seeing a lot of buyers from the Northeast or a lot of people buying multiple units to rent, Shallow said. “If that were happening, people wouldn’t be trying to sell, they’d be holding on to properties and renting them,” he said. “In this area, we are a tourist/vacation destination and don’t have a year-round population that needs housing. People buy condos here as investments that they can also enjoy. They get to use them and most of the time they will see them gain in value.”

While cautioning that sales figures for May (as well as June and July) are typically good compared to the rest of the year, Shallow said the currently improving sales and inventory numbers are part of an overall comeback for the area, especially the Alabama Gulf Coast.

“Last year was the best year ever, not just since the oil spill, the recession or Hurricane Ivan, but the best ever-in terms of tax revenue—which is a big indicator,” he said.

“The HangOut Festival has been a wonderful marketing tool for this area; people are coming here who never even knew we had a beach and loving it. Drawing more than 30,000 people a year to the area for the past few years is really making an impact. People are coming to Pleasure Island and spending money, and that will help drive condo sales, so I expect this year to be even better than last.