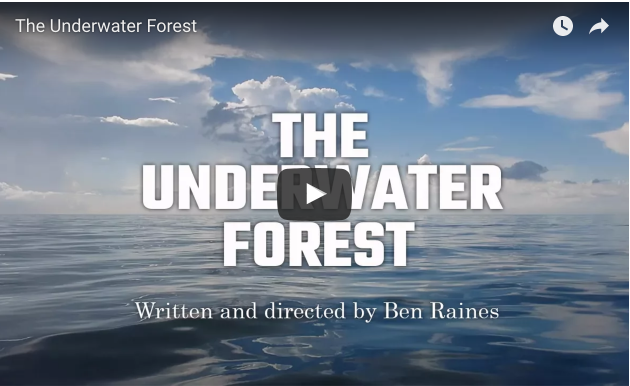 The ancient cypress forest found 60 feet underwater in the Gulf of Mexico, due south of Gulf Shores, Ala., is about 60,000 years old, says a team of scientists who have studied the site.

The forest appears to be a wholly unique relic of our planet’s past, the only known site where a coastal ice age forest this old has been preserved in place, with thousands of trees still rooted in the dirt they were growing millennia ago. It is considered a treasure trove of information, providing new insights into everything from climate in the region to annual rainfall, insect populations, and the types of plants that inhabited the Gulf Coast before humans arrived in the new world. Scientific analysis of the site is ongoing. One of the key things the forest might hint at is a world where the seas rose even more quickly than the worst-case predictions for the near future.

The work of the team investigating the site is detailed in the new documentary, The Underwater Forest, co-produced by This is Alabama and the Alabama Coastal Foundation. You can watch the film on Youtube, or on This is Alabama’s R 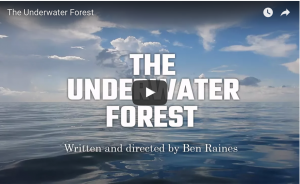 oku and Apple TV apps. It will be broadcast on Alabama Public Television at 6 p.m. July 23rd and 9 p.m. July 24th.

The film was written and directed by AL.com’s Ben Raines, who also filmed the underwater sequences and organized the first scientific missions to the site. It was narrated by Ian Thompson-Yates.

The scientists believe the forest was buried beneath the Gulf sediments for eons, until giant waves driven by Hurricane Ivan in 2004 uncovered it. Before it made landfall, Ivan raged through the Gulf as a Category 5 hurricane. Its winds pushed the largest waves ever measured, which were 98 feet tall when they passed over a cluster of government data buoys far offshore. Those buoys were ultimately ripped loose from their moorings by the storm.

Dropping 10 fathoms down, below the green waves of the Gulf and back in time to this prehistoric world amounts to a sort of time traveler’s journey. Swimming through the forest, it is possible to trace the path of an ancient river that once wove through the site when it was dry land. Nothing like the forest, in terms of age or scale, has ever been found. A few trees, perhaps 1,000 years old, have been found off the English coast, and a handful of other places, but they grew in a world we understand well, one much like our own in every way.

These trees sprouting from the sea floor off Alabama are so much older that they provide a window into a past scientists are still trying to understand. And there are thousands of them, part of a vast and swampy floodplain forest. The scientists believe the trees were buried under layers of mud in an age when sea levels were suddenly on the rise. That mud protected the trees from decomposition because they sealed them away from the oxygen-rich Gulf water. Underwater, where there is no oxygen, there is no decomposition. In effect, the trees have been hermetically sealed in place in a sort of natural time capsule.

You can order DVDs of The Underwater Forest at TheUnderwaterForest.com.